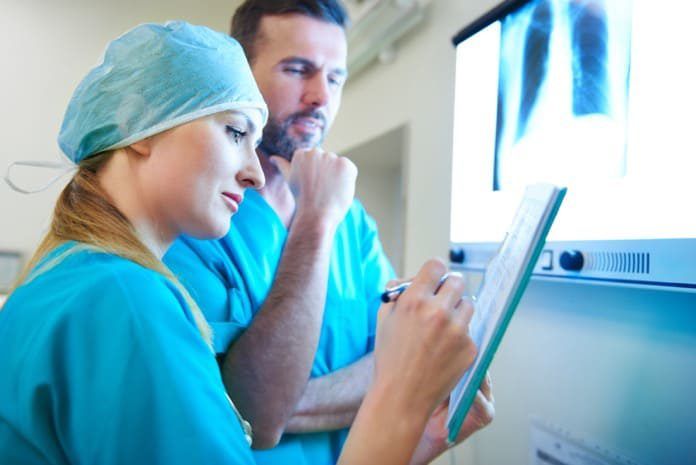 Tuberculosis (TB), a deadly disease that afflicts many countries, is caused by a strain of bacteria called Mycobacterium tuberculosis (Mtb). Despite the availability of treatments for TB patients, there is an increasing number of Mtb strains that are resistant to standard courses of treatment. Adaptations of bacterial strains that confer drug-resistance have worsened the global epidemic over the past few years.

How Do We Diagnose Tuberculosis?

The rapid diagnosis of TB is possible using various tests, which were developed over 80 years ago. These tests rely on the uptake of dye by the outer membrane of the Mtb bacteria, but since dyes can bind to debris and other bacteria, test sensitivity can vary. Furthermore, these diagnostic tests cannot differentiate between live and dead/dying mycobacteria. Thus, these assays cannot determine the effectiveness of treatments, which impedes the ability of clinicians to administer the best care to TB patients. Hence, we need newer tools with improved diagnostic accuracy and specificity to detect viable Mtb.

Research has determined that certain chemicals that are essential to Mtb survivability will be incorporated into the bacterial outer membrane. Accordingly, an American group specifically examined the use of a probe that fluoresced upon their incorporation into live bacterial membranes in the hopes of developing a system to distinguish viable from dead or drug-compromised bacteria. They report their findings, describing a novel, simple, labeling method for Mtb in Science Translational Medicine.

Can Trehalose Help Us to Detect Tuberculosis?

Trehalose is the compound that is taken up by Mtb, so the authors first determined the specificity of this molecule by analyzing which bacterial strains had the enzymes to process trehalose through a national bacterial database. They noted that the enzymes responsible for incorporating trehalose into the bacterial membrane were only present in one small group of bacterial strains and were not found in the most common strains found in the lung such as Pseudomonas and Streptococcus.

Next, the authors conjugated a special fluorescent dye onto trehalose that would fluoresce when incorporated into the bacterial membrane. They tested their synthesized fluorescent probe on multiple strains of bacteria and only those that processed trehalose fluoresced. Furthermore, they saw fluorescent signals within five minutes of adding the probe in various mycobacteria (same family as Mtb). When these mycobacteria strains were heat-killed or treated with TB drugs, the staining decreased correspondingly. Lastly, the scientists tested their probe on pathogenic Mtb in culture and also TB patient sputum samples. Their probe was able to detect Mtb in both settings, demonstrating its usability in the clinic.

Trehalose May Provide a New Testing Method for Tuberculosis

The technology used to detect Mtb in TB patients is very outdated and the lack of test sensitivity can impact the way clinicians treat and understand the disease. This paper describes a new method by which Mtb can be detected in under five minutes using a simple labeling method. Furthermore, this test is considered specific towards mycobacteria and can differentiate between live and dead or drug-compromised bacteria. This novel probe can help determine not only tuberculosis infection but also drug sensitivity. A larger clinical study, however, is required to validate the effectiveness of the probe. The results of this study are promising and this technology may help with TB diagnosis and treatment in the future.