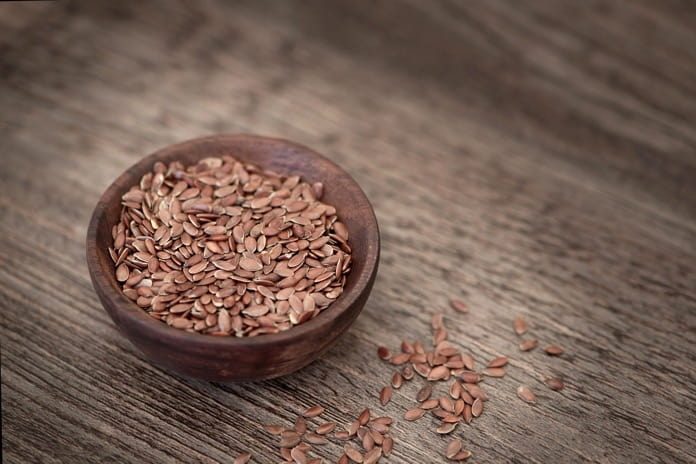 Flaxseed fiber helps lower cholesterol and lipid levels in the blood. A recent study explored how the fermentability of flaxseed fiber affects gut health and improves metabolism in animal studies.

Dietary fibers can be categorized into three broad groups based on their viscosity, solubility, and fermentability. Viscous dietary fibers form a gel with the stomach juices and delay absorption of nutrients through the gastrointestinal tract. Slowing down the process emptying of the stomach contents into the intestine favours the sensation of fullness thus reducing the appetite.  Despite previous beliefs, the solubility of dietary fibers does not predict their physiological effects. Fermentability, nevertheless, plays a significant role in the physiological benefits of dietary fiber.

Fermentable fibers are fermented by the bacteria that live in the gut. Fermentation of dietary fibers provides several benefits such as increasing the number of bacteria in the colon and producing short-chain fatty acids. These short-chain fatty acids are major influencers in gut metabolism, immune function, gut-brain axis, and the production of fat cells in the body.

Flaxseed fiber is associated with lower cholesterol and lipid levels

In a study conducted at the Wallenberg Laboratory at the University of Gothenburg’s Department of Molecular and Clinical Medicine in Sweden, researchers aimed to explore the fermentation profile of flaxseed fiber. Also, the researchers assessed the metabolic outcomes of mice supplemented with flaxseed fiber.

In the second experiment, female mice were randomly assigned to the same four diets. At the end of 12 weeks, the female mice were killed, and cells from the small and large intestine were harvested for testing. The results of the analyses were published in the American Journal of Physiology, Endocrinology, and Metabolism.

Increase in good bacteria in the gut

The researchers found that supplementing mice fed a high-fat diet with flaxseed fibers increases the amount of the bacteria Akkermansia and Bifidobacterium in the gut. These two bacterial types are associated with improved metabolic health. This altered bacterial environment in the gut was also associated with a larger production of short-chain fatty acids, which are metabolized to produce energy.

Dietary fibers, such as flaxseed fiber, prevent obesity by reducing the energy density of foods. These fibers promote a sensation of fullness when combined with the stomach juices. In this study, researchers observed that flaxseed fiber also modifies the gut bacteria to improve the metabolic health within the intestine.

Flaxseed fiber supplementation increased the production of short-chain fatty acids in the intestine, which is associated with improved metabolism. Short-chain fatty acids also aid in obesity prevention caused by the high-fat diet. Flaxseed fiber should be considered as a healthy dietary fiber with many beneficial effects; however, further studies are required to determine the exact mechanism of action and the effects in human subjects.