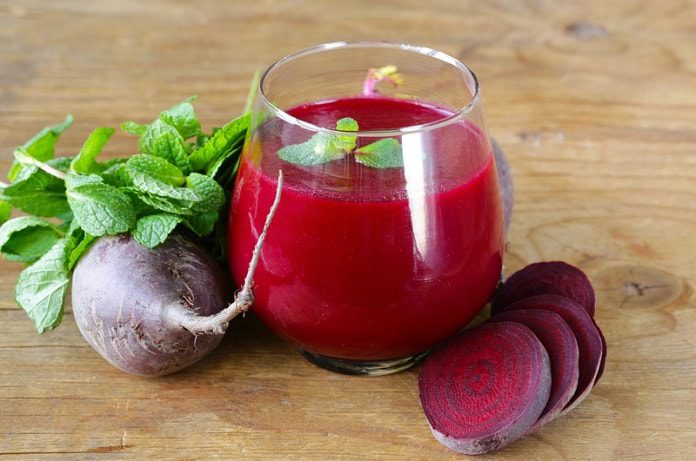 A new study suggests that beet juice – a source of dietary nitrate – may help lower heart attack risk by reducing the overstimulation of the sympathetic nervous system associated with heart disease.

Beetroot, or beets, are an excellent source of vitamins, minerals, and antioxidants. They are also a rich in dietary nitrate, a compound that has been found to have important vascular effects, such as dilating blood vessels to decrease blood pressure.

In a study published in the American Journal of Physiology-Heart and Circulatory Physiology, researchers from the University of Guelph investigated the effect of dietary nitrate on sympathetic nerve activity, which they refer to as sympathetic outflow.

The research team recruited 20 young adults (average age = 27 years) to participate in the study. Participation involved two visits to the clinic to have their blood pressure, heart rate, muscle activity, and muscle sympathetic nerve activity (MSNA) measured. During both visits, each measurement was recorded four times:

However, it may be too early to suggest, as the researchers do, that dietary nitrate supplementation from beet juice could be an effective addition to the treatment regimen for heart disease. Only 20 people participated in the study, half of whom received a placebo drink.  In addition, all participants were too young to be at risk for heart disease. Large-scale studies are needed to assess how dietary nitrate supplementation effects blood pressure and sympathetic nerve activity in older adults and in situations where the exercise simulates everyday exertion from activities such as lifting, running, or shoveling snow.