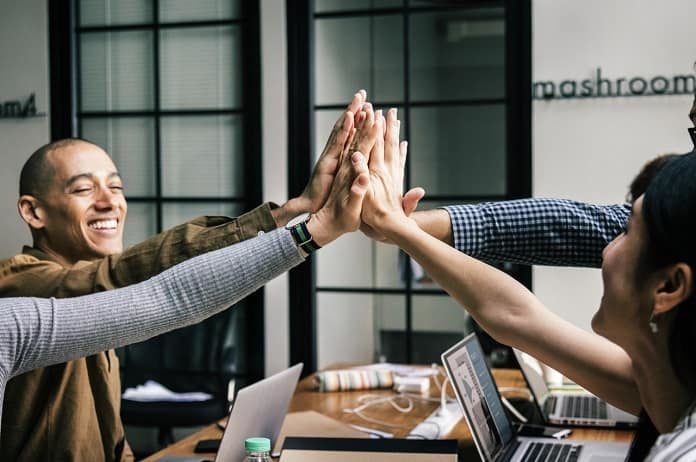 A recent analysis of college students showed that individuals tend to underestimate the value of expressing gratitude and appreciation towards others.

“We are guided by an accurate assessment of the expected value of an action.” – Kumar and Epley, 2018.

It is easy to underestimate the effect that positivity and gratitude can have on an individual. The smallest kindnesses tend to leave the deepest impressions. However, there is a psychological apprehension to passing along this appreciation to those we admire. Previous studies have documented that healthy social relations lead to better well-being and contribute to overall happiness. But as two researchers in Chicago, USA found, there is a propensity to underestimate just how much gratitude can mean to someone.

Their study was broken into four separate experiments all involving college students and conducted around the central method of composing a letter of appreciation.

In Experiments 1 and 2, they instructed the students to write letters expressing gratitude to someone who had influenced their life in a meaningful way. Subjects were then tasked with guessing how the recipients would feel using three emotional variables: surprise, positivity, and social awkwardness as well as the nature of their relationship to the recipient. However, Experiment 2 encouraged branching out beyond academic peers and encouraged subjects to write to whomever they please.

Part A: Part A asked subjects to choose five people to whom they felt grateful and think about the likelihood of them writing a letter to that person, but not actually write it.

Part B: The structure of part B asked participants to think of six individuals and guess their variable response (surprise, positivity, awkwardness) as well as think of an individual that would reflect the opposite of that estimate. For instance, when a participant thought of someone who would have a positive mood increase, they also had to think of someone who would not have had as much of a mood increase.

Subjects were questioned which of the pair they would rather write a gratitude letter to and reported their mood ranging from more negative than normal to more positive than normal in the experimental setting.

Experiment 4 was crafted with a more personal assessment from the perspective of the writer/expresser. After all, perception can be swayed not only by what one says but also how one says it. Participants were asked to think about the content attributes of the letter such as articulation and genuineness is expressing one’s gratitude.

This experiment included measures of competence and warmth based on the traits and definitions provided by Fiske et al. (2007). Subjects were asked to gauge how they thought the recipient would respond based on the syntax and language they chose.

The value of expressing gratitude was always greater than expected

The results of these four experiments were published in Psychological Science. Across the board of experiment flourishes, there was a distinct and marked conclusion: the value of a little positivity and gratitude was always greater than what expressers expected.

Expressers reported being in a more positive mood during and after writing, and regardless of whether the letter was written or not, the subjects were happier for thinking of a candidate to receive the letter. Systematic undervaluation of the impact in this experiment shows that no matter how silly or unwarranted one may think writing a letter is personally, there is always the receiver who may need words of encouragement to brighten their day.

Not all gratitude recipients completed the surveys they were sent, however, which could lead to a bias in the data. There are also more engaging forms of media besides text that can better convey one’s intent and emotion, and the researchers of this study believe that calibrating the social responses to those avenues would make interesting future studies.