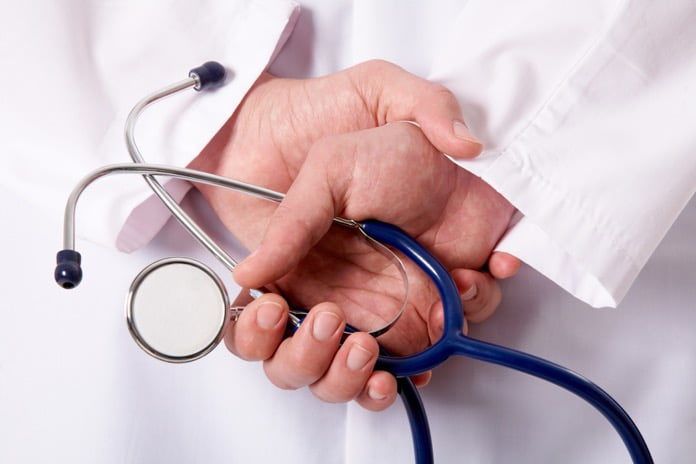 A clinical trial published in the NEJM sought to determine if epinephrine is a safe and effective drug to use during a cardiac arrest.

Emergency workers have few options in their arsenal to use on people suffering a cardiac arrest. Whilst CPR and prompt defibrillation have been clearly proven to be effective, many other treatment options have not been proven to be safe or effective.

Conflicting evidence on the use of epinephrine in cardiac arrest

Epinephrine, also known as adrenaline, is one such drug where there is conflicting evidence regarding its safety and usefulness in cardiac arrest. Epinephrine, which occurs naturally in the body, can help increase blood pressure and improve blood flow to the heart. When given in larger doses during a cardiac arrest it can allow the heart to start beating again.

So, why, is there conflict regarding a drug that may save your life? Research up until now has suggested that patients who are given epinephrine in cardiac arrest may be left with significant brain damage. To gain better quality information for decision-making, the International Liason Committee on Resuscitation called for a clinical trial to determine if epinephrine in cardiac arrest is safe and effective.

The results of the clinical trial, based in the United Kingdom, were recently published in the New England Journal of Medicine. Researchers included only patients who had a cardiac arrest outside of the hospital setting in the study.

Paramedics attending the cardiac arrest were given a package by researchers to use if CPR and the defibrillator had not worked. It included a syringe of epinephrine or a syringe of a salt-water solution (placebo solution which would not help in any way). The paramedics did not know which syringe they had. But once the paramedics entered a serial code into a database, researchers could track the outcome of the cardiac arrest. This ‘blinding’ of the paramedics helped eliminate any bias that has affected the results of previous trials.

A total of 8014 patients who had cardiac arrest were included in the clinical trial, over a period of three years. Due to the emergent nature of cardiac arrest, consent could not be obtained from patients ahead of time.

Survival via epinephrine may come at the cost of brain damage

Due to the high-quality evidence from this clinical trial, a dilemma is raised. Is it better to give epinephrine and be alive at all costs, even if that includes brain damage? The researchers discuss that previous research on this subject has indicated that the public and patients feel that survival with good brain function is more important than simply surviving.

The researchers discuss that the value of epinephrine in improving outcome from cardiac arrest pales in comparison to the difference that CPR or use of a defibrillator makes. But they do not make a recommendation on whether epinephrine should be used or not. That difficult decision is one for the policymakers.