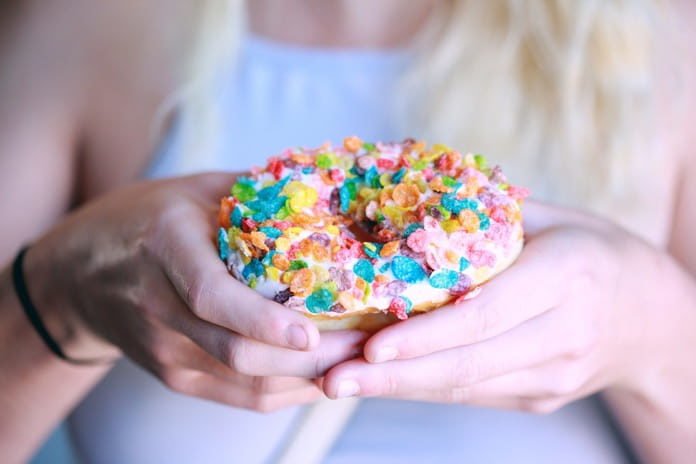 Obesity is quickly becoming a global epidemic with over 1.9 billion adults above 18 years old being overweight in 2014. The Turkey National and Health Survey (TNHS) indicates that obesity and overweight prevalence among Turkish adults is between 30.3% and 34.6%.

Increased obesity is occurring on account of environmental, demographic, genetic and psychological factors. The easy availability of energy-dense and cheap foods are contributing to the increase in this problem. Experimental studies have found that increased consumption of sugar and fats leads to dopamine release, which may cause feelings of a good mood.

Highly processed food have a high addiction potential and savoury snacks, biscuits, cakes, beverages, and others are typically associated with addiction and cravings. Since the process of food addiction is a relatively new area of study, a recent study sought to understand if abnormal eating patterns, eating habits, body mass index, nutrient intake, abdominal obesity, and food addiction symptoms are related to one another. The study was recently published in the journal PLOS One.

The researchers conducted the study in Ankara, Turkey, on 851 healthy subjects between the ages of 19-65 years consisting of 360 males and 491 females. They recruited the participants from various locations such as the cafeteria, sports hall, library and classrooms through announcements and emails in Ankara at the University of Hacettepe.

To measure symptoms of food addiction, they used the Yale Food Addiction Scale. The symptoms they considered were:

Meeting over three of these criteria qualifies as food addiction. The Yale food addiction scale also checks personal addiction to certain specific food types. The researchers also used EAT-26, which is the Eating Attitudes Test-26 to measure symptoms of disordered eating in bulimic and anorexic individuals. Participant body weights without shoes were measured using a portable scale and waist/hip ratio as well as body mass index were calculated according to the WHO classification.

It is also seen that eating disorder patients have a higher likelihood of developing addictive eating patterns. Increased addiction to food is moreover believed to be associated with an increase in abnormal eating behaviour.

The study also found that food addiction contributes to higher obesity and body composition measurements in women than in men. BMI, waist and hip circumference, abdominal obesity are also higher in persons with food addictions than those without, in the case of both genders.

Processed foods have a higher association with food addiction

All foods were not found to be equal in their contribution to addiction patterns. Processed and energy dense foods appear to have a higher association with food addiction. They also found that an intake of certain macronutrients such as zinc, iron, magnesium, vitamin A and vitamin E are higher in females with food addiction than others.

One of the strengths of this study is the 24-hour dietary recall to understand relationships between nutritional intake and food addiction. Since it was a study conducted in Ankara, Turkey, however, generalizations for populations outside of this should be met with caution. Also, while it was conducted among adults, there were fever participants of 40 years of age compared to young adults. Equal representation of each age group is a further shortcoming.

Nevertheless, the study showed that eating more high-fat and high-sugar foods is correlated with an increased number of people who have a food addiction. Future studies should consider the emotional and environmental factors such as stress, sociocultural status, and habits, as these may influence food addiction.