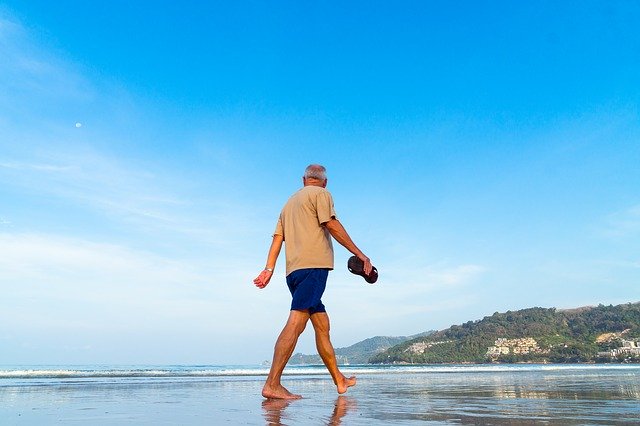 A healthy diet and regular aerobic exercise help to prevent cognitive decline and improve heart health in elderly people — even those with health problems.

Is it ever too late to try and improve your health and mental wellbeing?  Can you get long-term benefits from a change in lifestyle that includes a healthy diet and exercise? Is there a sure-fire way to prevent cognitive decline? A study that was recently published in the Journal of the American Geriatrics Society shows that sedentary elders who began to eat well and exercise regularly improved their cognitive and physical functions after six months, even if they had pre-existing health conditions.  And best of all, the benefits were still there at least a year after the volunteers stopped following their diet and exercise program.

In a study involving 160 volunteers, researchers divided them into four random groups:

Before starting on their given program, researchers measured participants’ cognitive skills, including memory, language fluency, and executive function.  They then took a baseline measurement for markers of dementia.  The researchers also tested the participants’ physical abilities and several key factors important for cardiovascular health, such as blood pressure and body weight.  Once the study participants had followed their assigned group program for six months, they were tested again using the same cognitive and physical tests to see if there were any changes in their overall results.

At the six-month mark, the groups that had dieted and/or exercised showed some improvements to their cognitive skills.  The elderly volunteers who did aerobic exercises at least three times a week and ate a healthy diet saw the greatest improvement in their executive functions (organizing, decision-making, planning). Those who only dieted saw a milder improvement when compared to those who only exercised. It was the control group that showed the only declines in cognitive and physical levels.

When assessing signs of dementia, the researchers found that the participants who had followed the combined program had improved their overall cognitive abilities by 8.8 years. The participants who had just exercised or just dieted showed an improvement of about 6.5 years, while those in the control group saw a decline of about half a year in brain capacity.

When looking at changes in cardiovascular health, it was the participants who followed the DASH diet that showed an improvement in overall health.  Exercise alone seemed to show little overall changes in blood pressure, body weight, or use of medications to control cardiovascular disease (CVD).  However, those who exercised and also followed the DASH diet had the most improvement in their heart health.

Yet, the most striking results happened at the follow-up one year after participants finished their exercise and/or diet programs.  Even though most of the volunteers no longer followed the exact exercise or diet regimens, they still showed better physical and cognitive functioning than before they started the study.

Those who had exercised still had a better quality of life, executive functions, and cardiovascular health than those who had not exercised.  They also showed lowered risks of dementia.  Those who had eaten the DASH diet still had increased executive functions and lowered risks of CVD and dementia. However, in all cases, the maximum benefits were measured at the end of six months of exercising regularly and/or healthy eating.

The results of the study suggest that the health benefits of diet and exercise persist over time.  It is possible to decrease the needs for medications, improve executive functioning, and prevent cognitive decline that can lead to such illnesses as dementia.

It is hard to know how long the effects will continue to improve the lives of the elderly volunteers. While it is true that health and cognitive improvements were still seen a year after the study ended, the benefit levels had decreased somewhat.  This was especially true for those who returned to a sedentary lifestyle.  They saw lower benefits than those who had at least attempted to keep some of their good lifestyle habits.

Also, there are some skills that cannot be improved by exercise and diet alone.  Memory and language fluency did not change for any of the groups tested.

However, it is clear that exercise, especially when combined with a heart-healthy diet, is an excellent way to prevent cognitive decline in later years. 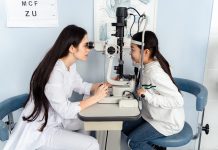 Can changes to the retina be key in the early diagnosis...

Pathologies and Targets for Alzheimer’s Disease