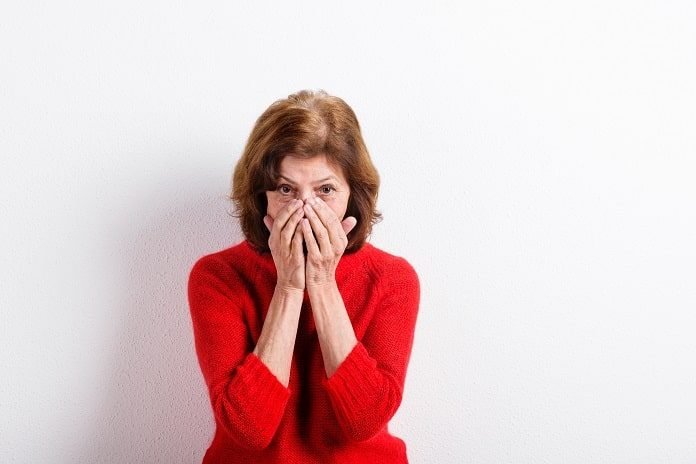 A new study investigated whether there are benefits to adding the anti-inflammatory steroid, budesonide, to a nasal rinse for chronic sinusitis.

Chronic sinusitis is defined by inflammation of the nasal cavity lining lasting longer than 12 weeks. It can be associated with flare-ups of infection. The current recommended treatment of chronic sinusitis includes saline rinses, antibiotics, and nasal steroid sprays.

Antibiotics are often over-prescribed in chronic sinusitis despite having low evidence for long-term treatment. On the other hand, topical use of nasal steroid sprays has been shown to be safe and effective. However, evidence suggests that the ability of these topical nasal steroid sprays to penetrate the nasal lining into sinuses is limited.

Researchers recently discovered that nasal sinus irrigation using low pressure and a large volume would be a better delivery method for topical treatments. To explore this delivery method, researchers in the United States studied the effects of adding budesonide to nasal saline irrigation in treating chronic sinusitis patients. Their results were published in JAMA Otolaryngology-Head & Neck Surgery.

The researchers evaluated the outcomes before and after treatment using scores from the Sino Nasal Outcome Test (SNOT 22). Other outcomes evaluated included quality of life improvements based on participant-reported responses to a questionnaire. There were 61 participants that completed the study for analysis, with 29 participants in the budesonide treatment group and 32 in the control group.

The results found that the SNOT-22 scores had a larger average change in the budesonide treatment group than the control group by an average difference of 8.5 points. Approximately 80% of the participants in the budesonide treatment group had a SNOT-22 score reduction of 9 or more points, which is considered a clinically meaningful change. The control group had approximately 60% of participants with a meaningful SNOT-22 score reduction.

This study demonstrates that budesonide, when delivered in a large-volume, low-pressure nasal saline rinse, can provide greater relief of chronic sinusitis symptoms compared to normal saline alone. The use of nasal saline rinse is also favoured for its high patient acceptance and low cost.

The researchers recognize that the short study duration of four weeks may have limited their ability to see the treatment’s complete effects, considering the chronic nature of chronic sinusitis. The patient’s compliance was also self-reported, so the participants’ completion of the full duration of treatment is not certain.

The overall results demonstrate the potential benefit of budesonide in treating chronic sinusitis when delivered as a nasal saline rinse. However, larger trials are needed to define budesonide’s effect within different subgroups of patients and compared to other treatment methods such as nasal steroid sprays.