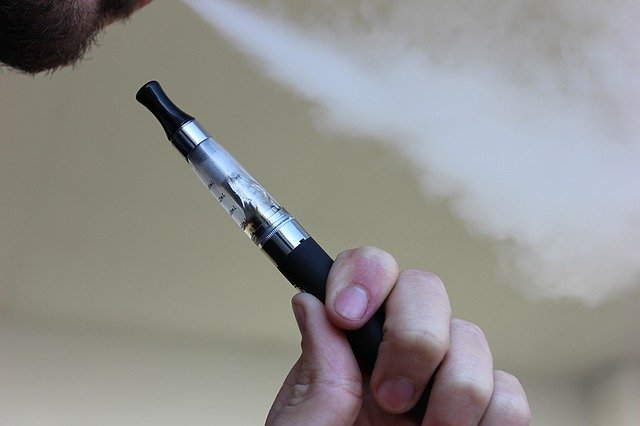 A recent case study provides evidence that vaping can cause irreversible lung damage.

How could a 17-year-old male patient quickly go from being previously healthy to being put on life support in a matter of weeks?

The suspected cause: vaping.

In a case report published in CMAJ (Canadian Medical Association Journal), the authors suggest that there can be lung injury from vaping.

Initially, the patient presented signs of pneumonia—intractable cough, fever, and laboured breathing—and was sent home with antibiotics. However, the patient returned to the hospital with more laboured breathing, a fast heart rate, low oxygen in the blood, and a crackling sound in his lungs. His breathing failing, doctors put the patient on a respiratory life support machine known as ECMO (extracorporeal membrane oxygenation).

The patient appeared to have severe bronchiolitis—inflammation and obstruction of tiny airways in the lungs—but there was no sign of infection. Consequently, the doctors were forced to consider other causes for this life-threatening bronchiolitis.

It turned out that the patient had vaped daily for the past five months. He had alternated between different flavour cartridges, such as “dew mountain,” “green apple,” and “cotton candy,” occasionally adding THC to the mix.

The problem with flavour cartridges

The cartridges contained a flavouring chemical called diacetyl. This chemical, when inhaled, is responsible for a type of lung injury known as bronchiolitis obliterans in microwave-popcorn factory workers. This lung injury, termed “popcorn lung,” is characterized by irreversible airflow obstruction and inflammation in the small airways of the lungs.

“Popcorn lung” in the patient

With the aid of anti-inflammatory medications, the patient recovered and was discharged 47 days after being admitted to the hospital. Months later, when the patient returned for a check-up, he was found to have lung disease indicative of bronchiolitis obliterans.

As a lung biopsy was deemed too risky to be performed, the doctors could not confirm pathologically that the patient had “popcorn lung.” Additionally, since the vaping products were thrown out prior to the case, the cartridges could not be tested. However, with the patient displaying irreversible airway obstruction characteristic of bronchiolitis obliterans and by process of elimination, the doctors suggested that vaping was the most possible cause of the lung injury.

Currently, there is no research on the effects of the substances in e-cigarettes when they are inhaled. Many of those substances are safe to ingest, but many of their effects are not known when they are aerosolized.

Diacetyl has also been found in e-cigarettes at higher than recommended levels. Even if it is not listed as an ingredient, reactions within the e-cigarette liquid can create diacetyl. These e-liquid levels can increase to levels too toxic for the lungs. More research needs to be done to determine safe levels of chemicals in e-liquids.

Looking to the future

With this new possible evidence of lung disease, the authors are calling for tighter regulations on the marketing and sale of e-cigarettes, even going so far as to urge the government to ban flavour cartridges. The Canadian Heart and Stroke Foundation encourages the Canadian government to dedicate funding to the research of e-cigarettes and e-liquids so that vaping can be done safely.

The authors reported this case of lung injury from vaping to Health Canada and the Government of Canada.

Image by Lindsay Fox from Pixabay