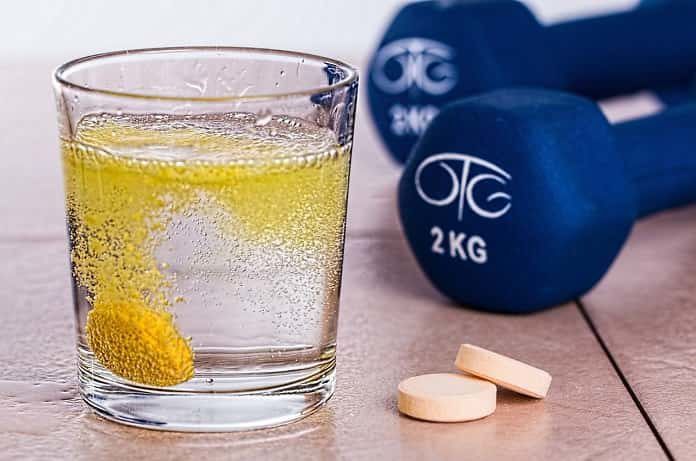 When combined with exercise, consuming a specific combination of amino acid supplements benefits obesity treatment by fat catabolism and may play a vital role in understanding obesity.

Obesity is considered a worldwide public health issue and has been identified as a major risk factor for health illnesses such as type 2 diabetes, stroke, hypertension, and atherosclerosis. In addition, obesity has economic implication and has been estimated to cost $190.2 billion annually in the United States. Regular exercise and dietary modification are often the first lines of treatment suggested to prevent the development of obesity and the associated health consequences. The American College of Sports Medicine recommends 45-60 min of exercise daily as the target in order to ensure sufficient energy expenditure in obese people. Researchers determine whether amino acid supplements benefits obesity treatment.

During exercise, the levels of several hormones such as catecholamines, glucagon, growth hormone (GH), and cortisol are increased in the blood and current research suggests that a combination of the factors that affect the secretion of these hormones and exercise may help to increase fat catabolism and energy expenditure. In a study published in Bioscience, Biotechnology, and Biochemistry, Ueda and colleagues proposed that the consumption of a specific amino acid combination of arginine, alanine, and phenylalanine (A-mix) may be involved in the secretion of glucagon, and when combined with exercise may help promote fat catabolism.  This mixture contains 42% phenylalanine, 38% alanine and 20% arginine and notably increased the ratio of alanine and phenylalanine that are known to affect glucagon secretion.

In a randomized, double-blind, placebo-controlled, crossover trial, the researchers recruited 10 healthy young males in Japan between February and March 2015. The men all belonged to a football team, exercised regularly, abstained from smoking and were all about 21 years old. Study participants visited the Chiyoda Paramedical Care Clinic a total of three times and self-recorded their dietary intakes.

During the first visit parameters such as a baseline blood sample, 50% maximal oxygen uptake, VO2max (mL/kg/min) and maximal heart rate were analyzed. On the days of the second and third visits, the participants consumed meals with a consistent carbohydrate:fat:protein ratio (71:16:13;612 kcal) that was provided at least 6 hours prior to each trial. During the main experimental trial blood was drawn from the antecubital vein and the participants were randomized to ingest 50 mL of tap water and either a cellulose capsule containing 3g of dextrin (placebo) or a cellulose capsule containing 3g of A-mix.

During the cross over phase of the study, participants were given the opposite treatment option. After a 30 minute rest period the participants used a cycle ergonometer and cycled at a constant power output equivalent to 50% VO2max for 60 minutes (exercise period). After exercising the subjects rested in the supine position for 60 minutes. The researchers collected blood samples from the participants at predetermined intervals: 30 minutes during rest; 30 minutes after exercise; 15 minutes during exercise. The researchers also collected exhaled air samples throughout the rest, exercise, and post-exercise phases.

The study results indicated no difference in heart rate and carbohydrate oxidation between the A-mix and placebo treatments during rest, and no differences were observed in fat oxidation between the A-mix treatment and placebo in the post-exercise phase. The research showed that ingesting A-mix significantly increased the post exercise concentrations of glycerol and ketone bodies. The concentration of ketone bodies was also increased during the exercises phase. These results suggest that by ingesting A-mix, the overall effect was a shift of energy source from carbohydrate to fat combustion during and after exercise.  A limitation of the study was the small sample size of only 10 young healthy males: further research is necessary to verify that the results are generalizable.

In conclusion, Ueda and colleagues reported that continuous administration of A-mix might have beneficial effects on fat metabolism when combined with regular exercise over a long period of time. The results of the study suggest that pre-exercise ingestion of the amino acid supplements A-mix causes a shift of energy source from carbohydrate to fat oxidation by increasing the secretion of adrenaline and glucagon.