Glioblastoma multiforme is the most common and aggressive types of brain tumour amongst adults. Even with surgery, temozolomide chemotherapy, and radiotherapy, the median survival of patients is approximately 15 months. In fact, despite ongoing rigorous research, these survival rates have not significantly improved. Recent findings have shown that the lack of improvements in glioblastoma management and prognosis can partially be attributed to the presence of chemotherapy-resistant glioblastoma-initiating cells (GICs). As the name suggests, these cells are particularly resistant to chemotherapies and they have the capacity to form entirely new tumours.

In a study published in Neuro-oncology, researchers screened 10560 independent compounds to test their efficacy on tumour-resistant GICs. They found two compounds that significantly decreased GIC viability without exhibiting significant toxicity on normal brain cells. Further experiments revealed that these compounds acted by inhibiting the effects of dihydroorotate dehydrogenase (DHODH), an enzyme involved in the production of pyrimidine. Unfortunately, the most promising of the candidates, namely 10607, exhibited low stability in mouse liver microsomes.

The researchers then screened a new library of compounds that had a similar DHODH inhibitor activity. These subsequent studies revealed 10580 as a stable orally administered compound capable of inhibiting DHODH to prevent pyrimidine synthesis. This compound successfully inhibited cancer cell multiplication, survival, and stem-cell properties. Moreover, 10580 successfully reduced tumour mass and cancer cell number, without having toxic effects on the mouse in the short-term.

It is important to note, however, that while 10580 administration did not exhibit short-term toxicity in mice, the compound may have long-term consequences that were not studied. Therefore, further research is necessary to fully characterize the short- and long-term safety profiles of 10580 or any of its derivatives. 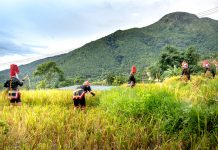