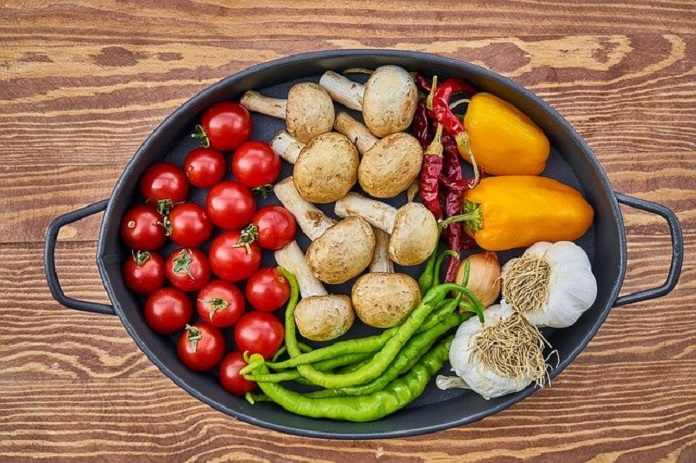 Mental illness forms the greatest burden of disease globally, exceeding the morbidity of both cardiovascular disease and cancer. Studies show that eating a highly-processed diet with increased intake of fast food is associated with a higher incidence of anxiety and depression. Using evidence-based preventive interventions such as dietary changes can play a significant role in improving mental health and decreasing the burden of mental illness.1 Several foods have been proven to have mental health benefits. Here are 10 foods for boosting mental health:

Fatty fish are rich in omega 3 fatty acids, which are essential for brain health. Fatty fish are a major staple of the Mediterranean diet. Researchers led a randomized controlled trial on patients with depressive symptoms published in Nutritional Neuroscience. The study included 152 patients who were divided into two groups, the first received a Mediterranean diet supplemented by fish oil, and the other group attended bimonthly social groups.

After three months and a follow-up at six months, the Mediterranean diet group was found to have fewer symptoms of depression and anxiety, and a better quality of life (as reported by the participants and evaluated using approved scoring systems). Despite this being a small study with some limitations, its findings agree with the growing body of evidence supporting the positive effect of the Mediterranean diet on mental health.2

Many studies have reported the beneficial effect of vegetables on mental health. A systematic review published in Nutrients that included 61 studies and came to a conclusion that increased consumption of fruits and vegetables may improve mental well-being and the authors recommend the consumption of five servings of fruits and vegetables per day. However, the studies included had various methodologies that did not allow the researchers to conduct a meta-analysis (a grouped analysis of the studies) and most of the studies were observational in nature.3

Research has shown that inflammation can play a role in neurodegenerative diseases and changes associated with aging. Berries like strawberries, blueberries, and blackberries are good sources of phytochemicals and antioxidants that can scavenge free radicals (chemicals that cause inflammation) and in turn have an anti-inflammatory effect that may protect against cognitive decline.4,5

Dates are fruits that have a high nutritional value and are a great source of vitamins, minerals and fiber. A study on mice that examined the effect of giving a date supplement to mice on their memory, cognition and amyloid beta levels. The researchers found that the mice who received dates in their diet had better memory and lower amyloid beta levels (a major constituent of the neural plaques found in Alzheimer’s disease). 6Studies on humans are needed to confirm these effects, which may prove promising in the prevention or slowing the progression of Alzheimer’s disease.

A sweet potato is a sweet tasting root that is well-known for its health benefits. Not only do sweet potatoes help with weight loss, they are rich in anthocyanins that help reduce inflammation. Several animal studies have shown that sweet potatoes may have beneficial effects on memory and  learning.7

Yoghurt is rich in calcium, vitamin B12 and probiotics, which are bacteria that are good for your digestive system. Probiotics are good for your gut and studies have found that probiotics can benefit your brain health too. Psychobiotics are a class of probiotics that are thought to have mental health benefits by regulating brain neurotransmitters. Several animal and human studies have shown that probiotics may reduce stress, help fight depression and improve memory. However, more research is needed to confirm these effects.8,9

Whole grains are rich in fiber, antioxidants, and vitamin B. These compounds are beneficial for mental health. A cross-sectional study on 3,172 adults in Iran examined the effects of consumption of whole grains on anxiety and depression. Moderate intake of whole grains in women was found to have beneficial effects on symptoms of anxiety and depression.10 However, this study was observational and depended on self-reporting so more research is needed to confirm its results.

Beans and lentils are also rich in vitamin B and an amino acid called lysine. Both these compounds are essential for brain health. Legumes are usually studied in the context of dietary patterns such as the Mediterranean diet. A cross-sectional study that involved a questionnaire on the quantity of legume intake found that older adults who ate more legumes had less stress, anxiety, and depressive symptoms, but similar effects were not evident in younger populations. More studies are needed to support these results.11

Nuts are healthy snacks that are beneficial for the brain. Nuts are rich in mono and polyunsaturated fatty acids, omega 3, and tryptophan which is the precursor of serotonin. The effects of nuts on cognition have been studied in both animals and humans, usually as a part of the Mediterranean diet. Study results propose the positive effects of nut intake on memory, depressive symptoms, and cognition; however, research in humans is limited.12

Diet affects brain health by providing the essential nutrients that are necessary for brain function. In addition, it influences the microbiome through its effect on gut bacteria and it influences the ratio of inflammatory markers present in the body.14 Eating a healthy diet can improve both body and brain health, and overall well-being.