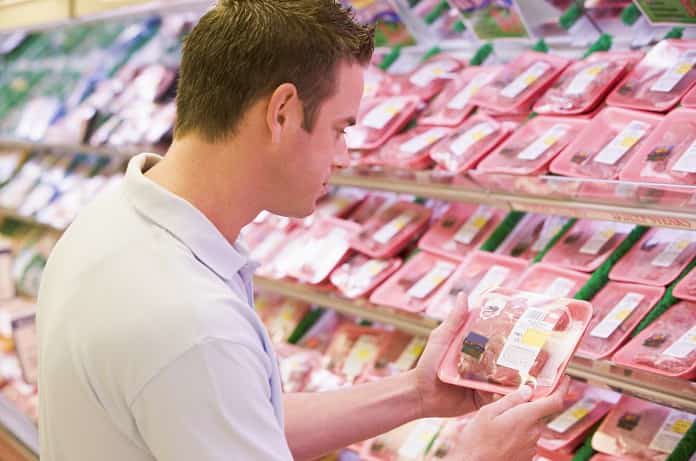 A recent study evaluated whether the relationship between eating more red meat and heart disease is because eating red meat increases iron levels.

Heart disease is one of the leading causes of death worldwide, and there is evidence of a relationship between eating more red meat and heart disease risk. However, it is not known how exactly red meat could increase the risk. One possible explanation is that red meat is rich in iron, and high iron levels in the blood could contribute to the development of heart disease. This theory was tested in a German study that was recently published in The American Journal of Clinical Nutrition.

The researchers performed their enquiry using participants of the European EPIC-Heidelberg study. EPIC-Hedelberg is an ongoing clinical study in which 25,000 initially-healthy male and female volunteers have been monitored since the mid-1990s. The participants had submitted blood samples and provided detailed information on socioeconomic status, lifestyle factors, and dietary habits at the beginning of the study period. To investigate the relationship between red meat and heart disease, researchers identified all members of this group that had evidence of heart disease. They found that 555 participants had survived a heart attack, 513 had survived a stroke, and 381 had died due to heart disease. They randomly selected 2,738 other study participants to serve as controls.

The researchers used the information on dietary habits to determine the amount of red meat each participant typically consumed. They also measured the amount of iron and the iron-storage proteins transferrin and ferritin in blood samples that had been frozen at the start of the monitoring study (blood tests for ferritin are commonly used in health clinics to assess whole-body iron stores). They then used a variety of statistical methods to determine if there was a relationship between iron levels, red meat, and heart disease. These methods also allowed them to account for age, gender, and other health and lifestyle factors known to be associated with increased risk of heart disease.

Eating more red meat led to increased ferritin levels in the control group. Ferritin is a protein that the body uses to store iron. However, other measures of iron storage (blood iron concentration and transferrin) did not change with red meat consumption.

The participants who had had heart attacks, stroke, or death due to heart disease ate, on average, more red meat than people in the control group. When adjusting for age and gender, every additional 50 grams (1.8 ounces) of daily red meat consumption increased the risk of suffering a heart attack by 1.18 times, of stroke by 1.16 times, and of dying from heart disease by 1.27 times.

The participants with evidence of heart disease tended to have a higher body mass index, less education, and were more likely to smoke and have high blood pressure relative to the control group. These lifestyle and health factors are all already known to be associated with increased risk of heart disease. Once these and other known risk factors (alcohol consumption, fiber intake, energy intake, menopausal status, c-reactive protein, and low-density lipoprotein levels) were accounted for, only the relationship between red meat and heart attacks remained significant.

In other words, the known risk factors aside from red meat were sufficient to explain why some participants were more likely to get strokes and die of heart disease. This implies, for example, that while eating more red meat may lead to obesity, it is the obesity that increases the risk of stroke and death, not the red meat specifically.

Risk of Heart Attack Decreased after Considering Other Risk Factors

When adjusting for just age and gender, every doubling of blood ferritin concentration increased the risk of having a heart attack by 1.09 times, and the risk of dying of heart disease by 1.13 times. However, both these relationships disappeared once the additional known risk factors were accounted for.

Iron from Red Meat May Not Increase Risk of Heart Disease

There were several limitations of the study. All blood samples and dietary surveys were conducted at the beginning of the study, several years before many of the participants developed heart disease. It is, therefore, possible that dietary habits and iron storage status could have changed in the intervening period. Also, the causes of death for study participants were determined from death certificates rather than clinical records, which would have been more reliable. Finally, the German participants in the EPIC-Heidelberg study may not be representative of other populations, such as North Americans.

Overall, this study did not support the idea that the iron from red meat increased the risk of heart disease. Instead, increased levels of the iron-storage protein ferritin may be a marker of other health or lifestyle factors (such as obesity or smoking) that are the actual causes of heart disease. However, the study did find evidence that eating more red meat increased the chances of having a heart attack, independently of other risk factors. How exactly red meat does this remains unknown.