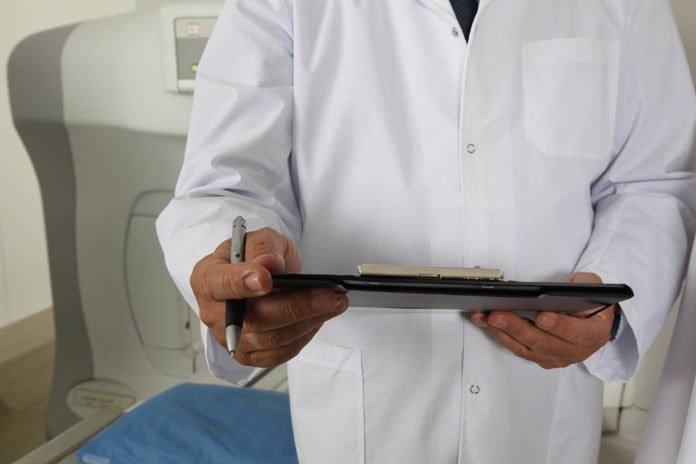 Radiation therapy is a type of treatment for cancer that uses high energy forms of electromagnetic radiation (such as gamma rays or x-rays) to target and destroy tumor cells. Electromagnetic waves are composed of packets of energy called photons. These high-energy photons function to combat cancer by destroying the DNA which allows these cells to grow and proliferate beyond the normal control mechanisms of the body. About half of all cancer patients receive some sort of radiation therapy during their treatment, and it is sometimes combined with surgery and/or chemotherapy.

While radiation leads to positive outcomes in many cases, it is not without significant side effects. One of the major issues with this approach is that in addition to affecting cancer cells, the radiation also acts upon healthy tissue in the surrounding area, causing damage to normal cells. In some cases, this is done deliberately to make sure that any cancer cells that have begun to spread are also destroyed. However, some areas of the body are more sensitive to radiation than others, and a treatment regime may end up exposing a patient to high levels which approach the maximum amount allowable in a lifetime.

A large body of recent research in medical physics has focused on strategies to reduce radiation therapy side effects. This has resulted in better target definition, more robust treatment planning systems, and improved control of the dose distributions. One of the ways this has been achieved is through Intensity Modulated Radiation Therapy (IMRT). In this approach, the radiation beam is divided into smaller beamlets which can each feature their own individual intensity. One of the great advantages of IMRT, besides lowering toxicity to normal tissues, is the fact that it can deliver different doses of radiation simultaneously to different parts of the tumor.

Over the course of a treatment, the doses given to the patient are divided into fractions, to allow normal tissue to recover from damage. Traditionally those fractions have remained the same in number and have been uniform in terms of the magnitude of radiation, but IMRT allows clinicians to vary the strength and location of the radiation among fewer fractions over the course of treatment. This is called non-uniform fractionation, which can reduce treatment time and potentially fight against the repopulation of tumor cells, and has been shown to not damage healthy tissue more than the traditional approach.

A recent paper in Physics in Medicine & Biology by a collaborative team from the United States and Switzerland features a new strategy for estimating the maximum achievable benefit of non-uniform fractionation. Experts in physics, math and radiation oncology worked together to develop a computational tool to perform this measurement by creatively combining distinct algorithms and mathematical principles.

They tested this approach on two-dimensional slices of liver tumors, while using a uniform fractionation reference as a control. What they found was that in each case, the non-uniform fractionation achieved the same target coverage but displayed significantly lower values of Biologically Effective Dose (BED), a benchmark of radiation quantity, without sacrificing any other clinical objective. They were able to show that BED and a physical dose of radiation could be reduced by an average of 20% and that their computational approach could help clinicians develop optimal plans for combating tumors and sparing healthy tissue using the lowest possible amount of radiation.

The authors addressed some aspects of uncertainty in their findings, such as the effects of (even small) patient movements between fractions, and deformation of soft tissue during the process. They plan to incorporate these factors into future methods aimed at reducing the effect of this uncertainty. Overall, this report presents a fascinating insight into the complex mathematical landscape that governs the physical optimization of radiation treatment.