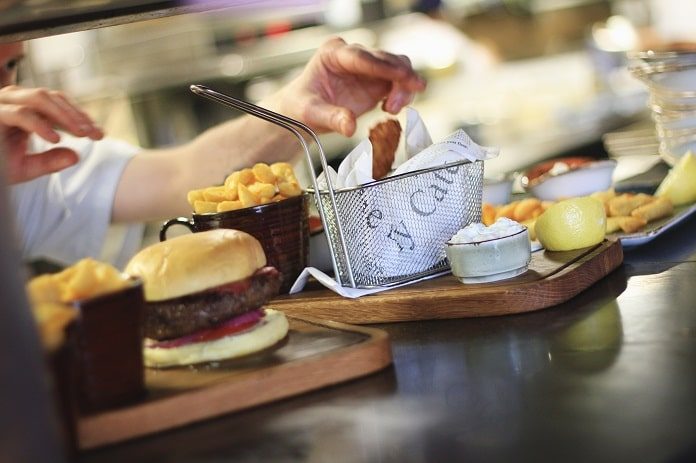 New research examines why it is so difficult to abstain from guilty pleasures, such as eating unhealthy food and drinking alcohol.

Sometimes we all do things that we know are not going to benefit us in the long run.  Although it is common knowledge that fast food and alcohol are not good for the body in excess, it is sometimes difficult to avoid a burger and fries, or a glass of wine after a long day at work.  This happens because it satisfies us in the short-term, activating reward pathways in the nervous system that make us feel good for a short time.

One reason why it may be difficult to avoid these guilty pleasures is the fact that fast food and alcoholic beverages are heavily advertised with visually appealing images and slogans.  These are basically environmental cues that persuade us to indulge.  Recent research is investigating how we can ignore these cues.  A University of New South Wales psychology experiment investigated what makes resisting these cues more difficult in order to find a way to avoid eating fast food and drinking alcohol excessively.

Researchers also suggested that executive control plays an essential role in ignoring unwanted signals of reward, such as consuming fast food or alcohol.  Executive control refers to the cognitive functions that promote organization, focus, and emotion regulation.  This hints at the possibility of strengthening executive control to aid in situations such as addiction, as well as helping with dieting for weight loss.

This could also potentially explain why people experience greater difficulty dealing with alcohol addiction or dieting if they are stressed out, as = the high-memory load experiment mimics a stressful situation.  More research is needed to determine how to strengthen executive control, effectively reduce stress, and also determine if executive control even plays a direct role in ignoring these unwanted cues of reward.

Dubach, I. (2019, July 04). Ignoring cues for alcohol and fast food is hard – but is it out of our control? Retrieved July 9, 2019, from https://newsroom.unsw.edu.au/news/science-tech/ignoring-cues-alcohol-and-fast-food-hard-it-out-our-control