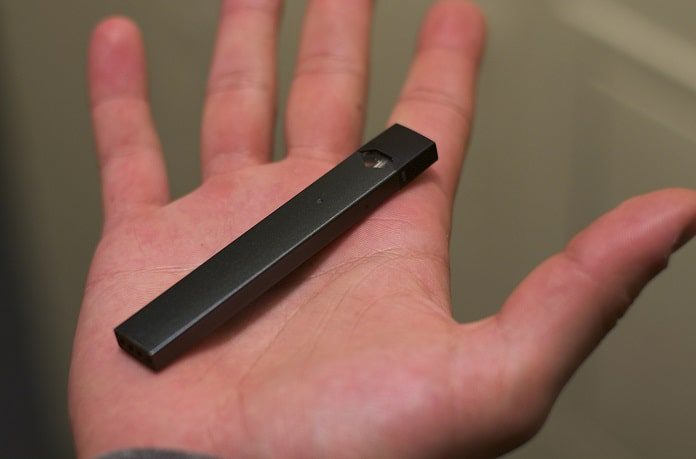 There are various health concerns associated with devices such as the Juul electronic cigarette, especially because they are most commonly used among adolescents and young adults. One of the biggest concerns about pod-based e-cigarettes is their nicotine content, and if they lead young users to traditional cigarette use.

Marketed as “an alternative to cigarettes”, researchers, public health professionals, and clinicians are highly concerned that there is a misperception of health risks associated with pod-based e-cigarettes. With this being said, some users believe that nicotine addiction is low.

Approved by the Stanford University Institutional Review Board, students took home consent forms, assent forms, and project information sheets for parents and guardians to evaluate. Any students under eighteen years old were required to provide signed forms from parents or guardians. In the surveys, participants were asked about “use, nicotine dependence, flavours of e-liquid, social norms, acceptability, perceived prevalence of use, and perceptions of risks and benefits separately for pod-based e-cigarettes, other e-cigarettes, and cigarettes”.

Teenagers and young adults were unaware of their dependence on nicotine

According to a press release on the study, the researchers noted that “the data show a worrisome disconnect between teens’ perceptions of their Juul use and actual addiction. The lead author of the study, Karma McKelvey, PhD, commented,  “We ask, ‘Do you feel addicted?’ And they say no, but a series of questions on a validated scale for assessing the loss of autonomy over nicotine show that they’re dependent.”

These high numbers of users is a large concern for public health professionals, as well as the high frequencies. The researchers believe that “these findings point to the potential for greatly increased harm for adolescents and young adults associated with the use of pod-based e-cigarettes, as their still-forming brains are particularly vulnerable to the effects of nicotine, with increased earlier exposure to nicotine being associated in a dose-response manner with deleterious health effects”.

Juul electronic cigarettes do have more nicotine than their competitor brands. Because of this, the Food and Drug Administration in the United States recently launched a campaign to attempt to stop Juul sales to young people and to warn the public of the dangers of e-cigarettes. However, until this study, there had been little scientific research on the impact on the use of Juul electronic cigarettes on teenagers and young adults.

Future studies on the Juul electronic cigarette and other pod-based e-cigarettes are needed, specifically the effects they have on health, how commonly they are used among adolescents and young adults, and if they increase the patterns of tobacco use. There is a strong demand for further awareness and messaging on the health risks of pod-based e-cigarettes.