Between 1990 and 2016, the number of obese children worldwide increased from 32 million to 41 million. Obese children are more likely to suffer from health problems such as heart disease, diabetes, osteoarthritis, and cancer later in life.

While diet plays a large role in a child’s health, research suggests that how a child eats is just as important. Known as eating self-regulation, it is the ability of children to start and stop eating based on cues from the body that indicate hunger or fullness.

Data from research demonstrates that some aspects of eating behaviors are determined by genetic make-up. However, the child’s environment plays a part and their parents can play a pivotal role in a child  developing self-regulation.

Parental influence begins during pregnancy when the mother’s diet influences her children’s taste preferences. In childhood, the feeding environment also plays a role in helping children to self-regulate. Research studies found that parents fell into two dimensions of feeding styles: responsive – how involved the parent was during feeding and demanding – how controlling the parent was during feeding.

Childhood obesity was most likely when parents were indulgent by setting few food boundaries or structure and quickly responding to children’s hunger cues. The healthiest diets were those set by authoritative parents by setting boundaries around food, such as regular mealtimes, but allowing the child to develop self-regulating habits such as deciding when they were full and which foods to eat.

The results of this research should encourage parents to help their children establish healthy eating habits. However, parents should keep in mind that individual differences in their children mean there are many ways healthy eating habits can be established. There are unique challenges for families in poverty, which can limit access to healthy food and make scheduling regular mealtimes difficult.

Most importantly, parents should realize that the differences they face in their circumstances and children should be recognized. Parents should work to find a balance that works best for their own and their children’s personality.

In a press release, assistant professor at Baylor College of Medicine in Houston Dr. Alexis C. Wood said, “Parents and caregivers should consider building a positive food environment centered on healthy eating habits, rather than focusing on rigid rules about what and how a child should eat.”

Image by csifferd from Pixabay 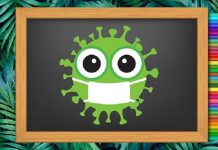