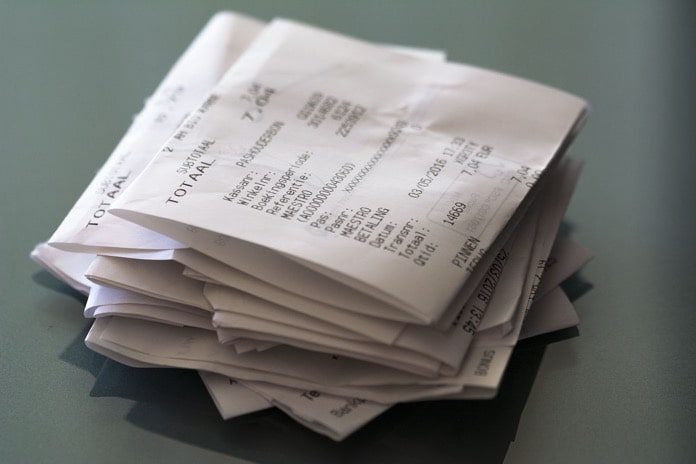 Erasable ink found on receipts contain bisphenol A. A recent study conducted at the University of Granada researched the presence of BPA in receipts and discuss its effects on the human body.

Approximately 90% of tickets and receipts with erasable ink contain bisphenol A as they are made from thermal paper. Bisphenol A also referred to as BPA, has known effects on the human body. Previous studies have found that it disrupts the endocrine system in humans, which means that it can cause hormonal diseases including genitourinary malformations and breast cancer.

The researchers analysed the presence of BPA, and its substitute BPS, in 112 thermal paper receipts from Brazil, Spain and France, and then published their results in the journal Environmental Research.

It demonstrated that more than 90% of the receipts collected in Brazil and Spain contained BPA, which leads to hormone-like activity. Only 50% of receipts in France were found to contain BPA during this study, which proves the action taken in 2014 by the French government to decrease the use of BPA in thermal paper has taken effect. However, the researchers highlighted that there might be an increase in the use of BPS in tickets and receipts in France in the future as it is not currently regulated like BPA.

The recommendation from the researches to the general public is to be careful when handling tickets and receipts and to follow the steps listed above until the relevant governments take action to stop the use of these chemical compounds.