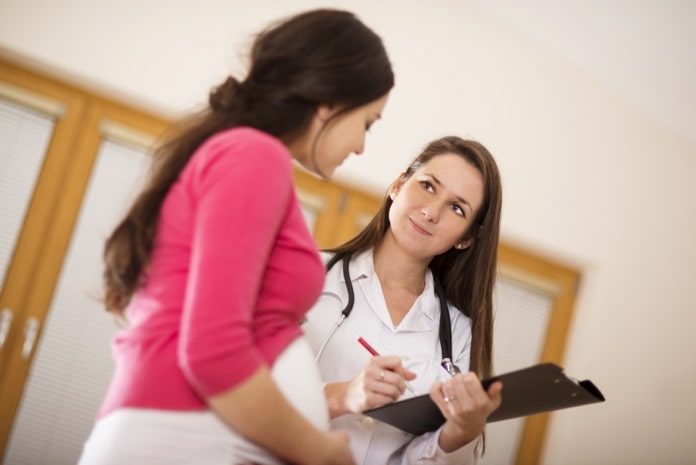 A recent study sought to investigate if bacteria and immune responses can be used to diagnose the risk of premature birth.

We have all taken an antibiotic at some point in our lives. Doctors almost always prescribe or recommend that we take probiotics with our antibiotics, which seems a little counter-intuitive. Either we want to keep the bacteria or get rid of them. Why take both?

Humans live with trillions of bacteria and they play an important part in keeping us healthy. There are bacteria that are helpful and are the so-called “good bacteria” while there are different kinds of bacteria that can make you sick or “bad bacteria”. When we get an infection with bad bacteria, the idea is to take an antibiotic to get rid of both good and bad bacteria. You then take a probiotic (a pill form of helpful bacteria) to replenish the good bacteria.

A collection of all the different types of bacteria in a particular part of your body is referred to as a microbiome. We know the most about the gut microbiome, where different types of bacteria play an important role in helping us digest food. Bacteria live in numerous parts of the body such as the skin, lung and vagina. If bad bacteria make you sick and the immune system helps fight off these infections, why is it that the immune system does not attack the helpful bacteria?

If our immune system is designed to fight off bad bacteria, how does it know to keep the good bacteria?

To function correctly, the immune system has to recognise cells as either part of the body (self) or foreign to the body (non-self). Epithelial cells form a barrier between the host (internal cells) and environment (bacterial cells). These cells are equipped with special receptors named pathogen recognition receptors that detect the presence of bacteria. When the good bacteria are recognised by these cells they produce small proteins called antimicrobial peptides.

The immune system recognises the presence of either helpful or harmful bacteria as non-self but can vary the magnitude of the response depending on the type of bacteria that is detected. Each part of the body possesses a unique set of antimicrobial peptides that are tailored to deal with the specific bacteria at that particular site.

How does the immune system in the vagina regulate the microbiome?

The immune system in the female reproductive tract faces an additional challenge, it has to recognise the fetus as non-self but not attack it. To help deal with this, the female reproductive tract is functionally dived into two compartments. The uterus is where foetal development takes place and is separated from the vagina that is exposed to the external environment.

The antimicrobial peptides within the vagina are responsible for regulating the vaginal microbiome. They are also required to protect the developing fetus from harmful infections. When infections do occur within the uterus it is thought that harmful bacteria migrate from the vaginal cavity past the cervix into the uterus.

Premature birth occurs when a baby is born before the 37th week of pregnancy (three weeks before the estimated due date). It is the leading cause of death in neonates and children under the age of 5. Children who survive premature births have a higher chance of suffering from neurobehavioral disorders such as cognitive deficits and cerebral palsy.

In a recent study published in Nature Communications, researchers in the USA wanted to know if they could analyse the vaginal microbiome and local immune response to determine the possibility of premature birth. The study followed 432 women who carried their babies to full term and 107 women who had preterm deliveries.

Vaginal swabs were collected during clinical exams at three different pre-natal visits. The scientists then characterised the different types of bacteria present as well as the immune profiles in these samples.

These signatures need further validation but the study holds promise for the development of an accurate diagnostic tool. The authors also speculated that microbiome-based therapeutics (such as probiotics) and immune modulators could be potential preventative treatments.

Jacques Ravel, Director of Genomics at the University of Maryland School of Medicine, stated in a press release, “Predicting prematurity has been a riddle that has troubled researchers and clinicians for years, but we are finally shedding light on a path toward offering treatment to women we can identify as being at risk.”