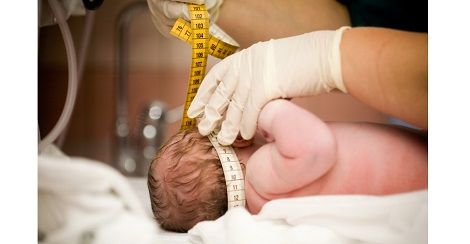 A new study in Science reports that Zika virus targets developing brain cells, and kills them in the process

Zika virus continues to be a hot topic in today’s latest news, and justifiably so. Zika virus, which is part of the flavivirus family, has been shown to cause microcephaly, but researchers have not been able to say why or how this relationship works. In fact, it was just yesterday that the CDC officially confirmed the link between Zika virus and microcephaly.

Microcephaly is a condition where a child’s head is abnormally small. During a normal pregnancy, the baby’s head grows as a result of brain growth; but in children with microcephaly, the brain does not develop properly during pregnancy, or does grow after birth, resulting in a smaller-than-normal head size. Depending on the severity of the disease, babies with microcephaly can have a variety of other complications; microcephaly has been linked to seizures, developmental delay, intellectual disability, movement and balance issues, hearing loss, vision problems and difficulty swallowing.

In an effort to understand the link between Zika virus and microcephaly, researchers at the Institute for Research and Education in Brazil investigated the effects of the virus on a number of brain cells. Researchers cultured neural stem cells, neurospheres (neural stem cell clusters), and brain organoids (mock mini brains) and explored the consequences of infecting them with Zika virus.

In the lab, neurospheres and organoids are models used to study embryonic brain development. Neurospheres are used to mimic early characteristics of neurogenesis (nervous tissue development), while organoids mimic events of the first trimester of pregnancy.

To test the how Zika virus infection on brain cells measured up in comparison to other flaviviruses, researchers also infected some neurospheres and organoids with Dengue virus (a member of the flavivirus family). Researchers discovered that in comparison to Dengue infection, cells infected with Zika virus had a decreased viability and growth. This suggests that Zika virus may have unique features, not found in other flaviviruses, which make it produce severe damage in cells that it infects.

The results of this study demonstrate not only that the Zika virus preferentially kills developing brain cells, but could do so with more severity than other viruses in the same family. Researchers say this preferred method of infection could explain why microcephaly is linked to Zika virus.