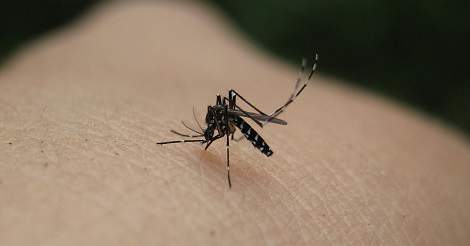 The Zika Virus is an ongoing epidemic that has affected numerous people all across South America, including Columbia. Despite its rapid spread, the potential risks and harm are not yet fully understood. Thus, pregnancy and infant outcomes (for example microcephaly) and spread of the Zika Virus in Columbia are actively being monitored by the Columbian Instituto Nacional de Salud (INS).

The Zika Virus epidemic is a major threat to public health, particularly for pregnant women because they can give birth to children with microcephaly – improper brain development resulting in an abnormally small head. The virus is transmitted primarily through the bite of an infected Aedes aegypti or Aedes albopictus mosquito. Months following the outbreak in Brazil, the Columbian Instituto Nacional de Salud (INS) declared a Zika virus disease (ZVD) outbreak in Columbia following nine laboratory-confirmed cases (carried the Zika virus genome in their blood serum). With raising concerns, the INS recently published its preliminary reports regarding the virus where it assessed the spread, clinical symptoms, laboratory test results, pregnancy outcomes, and microcephaly for evidence of congenital ZVD.

The report stated that between August 5th, 2015 and April 2nd, 2016, there were a total of 65,726 reported cases of ZVD in Columbia, of which only 4% (2485 cases) were laboratory-confirmed. Additionally, almost two-thirds of the total reported cases were in women.  The increased incidence in women could either be due to increased risk, or simply a result of referral and testing bias due to increased concern during pregnancy.

Furthermore, 11,944 of the total report cases were pregnant women, with only 12% (1484 cases) laboratory confirmed for the Zika virus. To assess risk of the virus and pregnancy, the report looked at 1850 of these pregnant women, who had information regarding the trimester in which they experienced onset of symptoms. It was reported that 532 pregnant women contracted the virus in the first trimester, 702 in the second, and 616 in the third trimesters. Majority of the pregnancies in the first and second trimester were ongoing when the report was published. However, for the 616 women that were infected in the third trimester, 82% of the delivered babies were born with a normal weight, 2% below normal weight, 8% were preterm, 1% died, and 7% are still being followed. Importantly, there were no cases of microcephaly reported thus far in the children whose mother was infected in the third trimester.

Finally, the report also assessed microcephaly across Columbia. Between January 1st, 2016 and April 28th, 2016, there were a total of 50 infants with possible microcephaly reported to the INS. Of these, 26 are still being investigated, and 20 were attributed to alternative causes. The remaining four cases were laboratory-confirmed for the Zika virus. Interestingly, however, none of the four mothers had symptoms for the Zika virus during pregnancy.

The report published by the INS is only preliminary and ongoing research is still rigorously being conducted. While research is going on, preventative measures need to be adopted promptly to avoid any potential risk of infection. It is important to educate patients about mosquito bite prevention, and counsel women that may be at risk of acquiring the virus sexually.