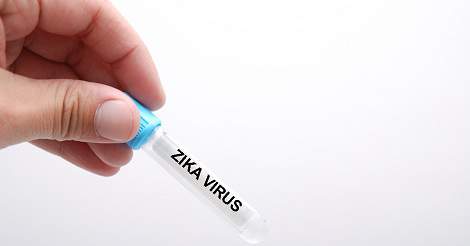 The outbreak of Zika virus has raised concern over the virus and its effects on newborns. Congenital complications stemming from contraction have been well documented, but the adult neurological effects had not been studied. Li et al. were able to use mice to find that Zika virus infection can lead to reduced proliferation and can cause cell death in the adult brain, indicating detrimental effects in both adult and newborn exposure.

A recent global outbreak has brought the Zika virus to our attention. Much of public interest has focused on its effects on offspring of infected pregnant women, however, the effects of the virus on adults has not been investigated. In fetuses, Zika particularly affects neural stem cells in the brain and researchers hypothesized the virus would impact the adult brain in a similar manner.

Li et al. examined the effects of the Zika virus on the adult brain in a study published in Cell Stem Cell. The researchers used 5 to 6-week old mice genetically modified to respond similarly to the adult human brain. The virus was administered via retro-orbital (behind the eye) injection, to mimic viral introduction in the peripheral circulation. To determine what areas of the brain were affected by the virus, the whole brain was screened with an antibody that reacts with a virus-specific protein. The researchers also screened for markers of cell type, proliferation, and cell death.

The research group concluded that Zika virus infection can enter the adult brain and when it does so, focuses on areas that have neural stem cells present. Its effects on the brain include increasing cell death and decreasing cell proliferation, however, the extent of this damage is still unclear. It is still unknown how damaging these effects are, as well as how effective the virus is at passing the blood-brain barrier and entering the central nervous system. There are also some limitations of the study, which involved one viral strain, one mouse strain, and one time point. Among these are the down-regulation of markers indicating a neural stem cell by Zika virus infection, decreasing the number of cells that tested positive for both neural stem cells and Zika, and the possible division or differentiation of infected cells prior to cell harvest.

The study found that the Zika virus is capable of infecting the adult brain and causing neuropathology. The extent of said neuropathology is unclear, and the ability of the human immune system to prevent viral infection of the brain is yet to be studied. Future studies should focus on the long-term effects of Zika virus infection on neurogenesis and cognition.