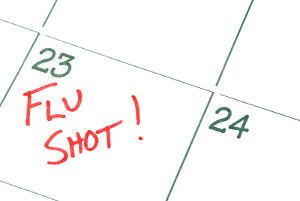 Researchers at the Dana-Farber Cancer Institute have discovered that the effectiveness of a yearly flu shot is influenced by the IGHV1-69 gene, which varies in populations from different ethnic backgrounds.

Last year, over 140 million doses of the influenza vaccine were administered in the United States alone. The number of individuals who get vaccinated against the flu virus increases each year, and millions of influenza-related illnesses are prevented because of this. Although it is often assumed that all individuals who get vaccinated are effectively protected from the flu, a recent study suggests that this may not be the case.

A recent study conducted at the Dana-Farber Cancer Institute reported that the effectiveness of a flu shot can actually depend on ethnic background and other genetically-inherited factors. This study looked at the IGHV1-69 gene, 1 of 50 genes within the human body responsible for producing antibodies. The IGHV1-69 gene has 14 different variants, and the body’s ability to effectively to induce an immune response to the flu virus or flu vaccine depends on which 2 forms of the gene (1 form inherited from each parent) an individual carries. This variation is also seen in response to a flu vaccine, which carries a dead form of the flu virus to induce a preventative immune response.

The body naturally produces antibodies, from coding genes like IGHV1-69, which are responsible for identifying and removing foreign targets, like viruses, from the body. When antibodies detect the presence of the influenza virus, they bind to the virus protein hemagglutinin, on its outer surface. By binding to either the stem or head of hemagglutinin, antibodies are able to tag the influenza virus, so that other proteins, like proteases, can destroy it.

In the study, blood samples were collected from individuals who received a vaccine for the H5N1 flu virus in 2007. By comparing the samples, the researchers found that the strength of someone’s immune response was heavily influenced by which version of the IGHV1-69 they had or how many copies of that gene they had. They also discovered that the frequency of different versions of the IGHV1-69 gene varied significantly among African, Asian, and European ethnic groups.

Currently, influenza vaccines induce the production of antibodies that bind to the head of the hemagglutinin. The head of the hemagglutinin protein is very adaptable and often mutates, resulting in the need for new flu vaccines every year. The IGHV1-69 protein, however, produces antibodies that bind to the stem of hemagglutinin, which is less susceptible to change, and therefore provides a stronger immunity to the flu. Researchers hope this study can be used in order to develop vaccines using the IGHV1-69 gene. These vaccines would increase the body’s production of stem-binding antibodies and would be able to provide multi-year protection against the flu.

This is the first study to link gene variations and ethnic backgrounds. The authors of this study also hope this information could be used to build a complete record of the variations of all 50 genes that code for antibodies. By mapping the variants to populations around the world, scientists could be able to determine if there are other genes that are linked with ethnicity.