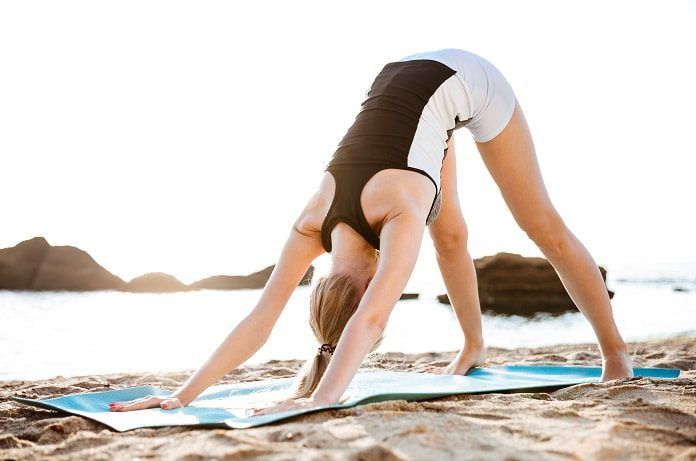 A new study published in Annals of Internal Medicine sought to determine whether yoga is as effective as physical therapy for treatment of chronic low back pain. Due to similarly positive results, it was concluded that a structured yoga program can be a reasonable alternative to physical therapy in cases where there are issues of patient preference, availability, or cost.

Globally, chronic low back pain (cLBP) is the leading cause of disability. Despite affecting approximately 10% of American adults, overall patient satisfaction with cLBP treatment is low.

To date, physical therapy (PT), a form of treatment comprising individually tailored stretching and strengthening exercises, is the most common evidence-based and nonpharmacologic treatment suggested by doctors for cLBP. Recently though, several clinical guidelines, meta-analyses, and large randomized controlled trials also point to yoga as an effective cLBP treatment. To improve cLBP care in the future, physicians and patients alike need to know how newer therapies such as yoga compare with more established treatments like PT. To determine whether a novel therapy is statistically as effective as another treatment, non-inferiority trials are carried out. This means of comparing methods is particularly useful when the new therapy provides other potential benefits, such as lower cost. Prior to this study, the comparative effectiveness of yoga versus PT was unknown.

The study comprised of a 12-week, assessor-blinded, randomized non-inferiority trial and a subsequent 40-week maintenance phase. 320 predominantly low-income, racially diverse participants were recruited from June 2012 to November 2013, and follow-up was completed in November 2014. During the treatment phase, participants received 12 weekly yoga classes, 15PT visits, or an educational book and newsletters. The maintenance phase for the yoga-group participants compared yoga drop-in classes versus home practice; this was paralleled in the PT-group by a comparison of PT booster sessions versus home practice. Paper surveys were completed by participants at 6, 12, 26, 40, and 52 weeks, gauging back-related function and pain as primary outcomes; secondary outcomes included self-reported pain medication use, global improvement, patient satisfaction, and overall quality of life.

Following statistical analyses, it was found that a 12-week standardized yoga program was non-inferior to PT treatment plans for change in back-related function and pain. While it was not supported that yoga was superior to education in the same regard, yoga and PT participants were more likely than education participants to discontinue pain medication. Not only that, improvements in yoga and PT groups were maintained after a year—regardless of whether patients were assigned to ongoing yoga drop-in classes, PT booster sessions, or home practice only. Because of the low-income demographic of this population, in addition to the high levels of impairment, these results can be likely generalizable to less-impaired, higher income patients.

Overall, the study concluded that a structured yoga program for patients with cLBP may be an effective alternative to PT depending on patient preferences, availability, and cost. The researchers, however, pointed out that participants who experienced the most improvement were those that showed the highest levels of adherence to their active treatment plan. In other words, no matter which form of exercise intervention you choose, consistency and patience is key to relieving your low back pain!