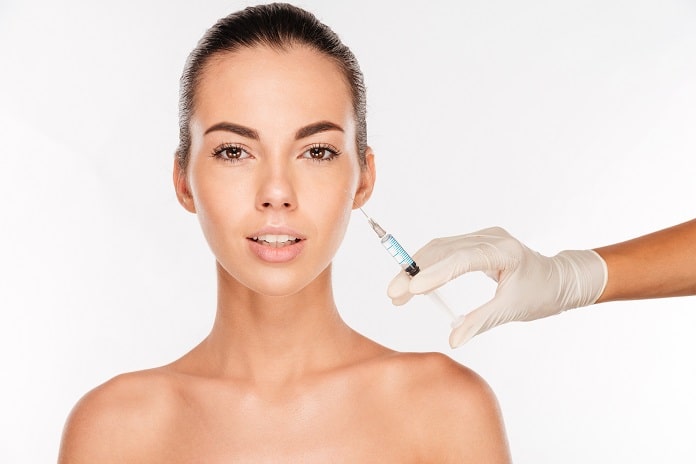 The injection of botulinum neurotoxin (such as Xeomin®, Dysport®, Botox®) is one of the most commonly used non-surgical cosmetic procedures.

While regulations and approvals vary among countries and depending on the formulation (e.g. Xeomin, Dysport, or Botox), these injections have been used not only to treat aesthetic concerns, but also medical conditions that impact on patients’ quality of life – such as migraine, spasticity, neuralgia, and dystonia.

Botox® (onabotulinumtoxinA) – made by Allergan, Botox was approved by the FDA in 1989. Most patients are familiar with this formulation and have likely heard the most about it.

Dysport® (abobotulinum toxin A) –, originally made by Medicis, and now owned by Galderma, was approved by the FDA in 2009. Prior to this, it has been used for many years in Europe, where it was approved in 1990.

Xeomin® (incobotulinum toxin A) – is the most recent of the three to be approved by the FDA – in 2011 (and in Europe in 2005)– is Xeomin, which is made by Merz. This formulation is slightly different than the other two, as it does not contain any ‘added proteins’ that are found in the other formulations.

How does the neurotoxin work?

Most well-known for its use as an aesthetic treatment, injection of botulinum toxin (e.g. Xeomin, Dysport, or Botox) into facial muscles results in temporary and reversible paralysis of the muscles. This relaxation softens the lines that cause the wrinkles that are of concern to patients, commonly situated on the brow or forehead, between and around the eyes, and around the mouth.

While there are not significant differences reported between each formulation in terms of effectiveness, there may be other reasons that make certain formulations more suitable.

Side effects and adverse events

Typical side effects that are associated with Xeomin, Dysport, or Botox treatment – regardless of treatment site – are headache, swelling, pain at the site of the injection, and some bruising. These reactions are thought to be related to the injection process rather than the side effects of the neurotoxin itself since the same side effects are seen with placebo injections in clinical studies.1 There have been no long-term side effects reported when being used for aesthetic procedures.2

Other, more significant adverse events have been reported; however, these typically resolve on their own – for example, blepharoptosis (drooping eyelid), brow ptosis (sagging eyebrows), eye sensory disorders, lip asymmetries, and eyelid edema (swelling).1

With some procedures, spread of the neurotoxin can occur to other areas of the body, distant from the location of the injections. This can be associated with side effects such as muscle weakness and vision problems. However, in cosmetic procedures only a small amount of neurotoxin is used – compared with other medical procedures that use higher volumes – and so distant spread is not usually a concern for cosmetic procedures.3

How long does it take to work and how long do the effects last?

The time a treatment takes to work, and how long the effects last might be the factors that influence patients the most. Increasing the length of time that a treatment lasts, not only means convenience in terms of less treatment visits, but can also reduce associated costs and reduces the amount of times that patients are required to deal with the side effects of injection.

The neurotoxin acts on nerve cells by blocking the release of a neurotransmitter called acetylcholine. Acetylcholine is a neurotransmitter that is involved in the nerve signalling process. The result is the obstruction of nerve signals, which causes paralysis of the muscles. Because of the time it takes for these processes to take place, the effects do not occur instantly, and they do fade over time.

Time until treatment effect is seen and how long the effects last depends upon location of injection, purpose of injection (e.g. cosmetic vs. medical procedure), and which formulation is used (e.g. Dysport, Xeomin, Botox). Other factors that can influence time to effect and how long the effects lasts can also include muscle mass and the amount (or dilution) of formulation that is used.

Effects may begin to show within a few days, with a maximum level of effect that can occur up to 30 days after treatment.4-5 The time for the treatment to take effect and the length of time these effects last are also similar; lasting for up to six months or longer. Some studies suggest that the results are longer-lasting in women compared to men.4

Other things to consider

Some formulations contain proteins other than the therapeutic part of the formulation. These proteins are not involved in the therapeutic effects of the neurotoxin, however there is some evidence to suggest that the immune system may react to the presence of these proteins. The immune system can mount a response to these proteins and stimulate the development of neutralizing antibodies. These antibodies may result in a reduced effect or response to treatment with the neurotoxin – which is of particular concern for patients who have long-term use.6-7 Although it does not appear to be common,6 these neutralizing antibodies can form even when lower doses of neurotoxin are used in cosmetic procedures.8-9

Currently, Xeomin is the only formulation that has been created to include only the therapeutic part, and not any other proteins.7 Testing of this formulation has found that there is no stimulation of neutralizing antibodies, even after repeated use.