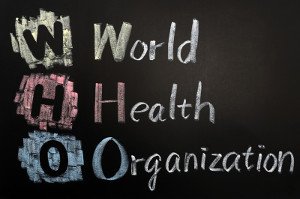 The headlines reporting on the link between processed meat and cancer have prompted the World Health Organization to release a statement to clarify the potential risks.

The original WHO classification of processed meat as a carcinogen, placing it in the same category as tobacco and asbestos, was released last week in response to the report from the International Agency of Cancer Research (IACR). The WHO has now released a statement to clarify the risk, specifying that the recommendation was not to completely abstain from consuming processed meat, however, to reduce consumption, which would result in a reduced risk of colorectal cancer.

As part of the clarification, the WHO also published a question and answer fact sheet:

The fact sheet covers questions such as what is classified as processed meats and recommended cooking methods for red meat. The fact sheet also aims to clarify the risks associated with consumption of processed meat. In particular, although the IARC placed processed meat in the same risk-group as tobacco and asbestos, these substances are not equally as dangerous.

WHO Fact Sheet “Q&A on the carcinogenicity of the consumption of red meat and processed meat” Available from: http://www.who.int/features/qa/cancer-red-meat/en/ Last Accessed: November 3, 2015.