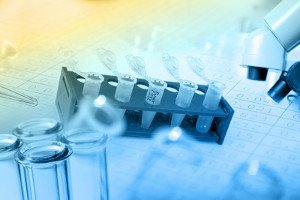 Results of a ground-breaking clinical trial for treatment of blood cancer has been reported in the journal Blood.

In a world-first, researchers from the University of Leicester have reported on the results of a phase I trial of the BTK inhibitor ONO/GS-4059 in patients with relapsed Chronic Lymphocytic Leukemia and Non-Hodgkin’s Lymphoma, types of blood cancer.

Bruton’s tyrosine kinase (BTK) is a TEC family kinase 1 that is found in several hemopoietic   lineages. BTK has been studied as a therapeutic target, since it is necessary for the survival and proliferation of tumor cells, leading to the development of BTK inhibitors as a possible treatment for blood cancers. ONO/GS-4059 is a selective, irreversible inhibitor of BTK, which has demonstrated inhibitory activity in cancer cell lines and animal models.

The clinical trial consisted of a total of 90 patients with Chronic Lymphocytic Leukemia and Non-Hodgkin’s Lymphoma who were resistant to current forms of therapy. The participants were assigned to receive the drug in doses of either 20mg once per day, 600mg once per day, 240mg twice per day, or 300mg twice per day. The drug was well tolerated, with durable responses in this group of patients. There was a remarkable absence of notable toxicities, with greatest responses seen in patients with Chronic Lymphocytic Leukemia.

Following the success of the drug in its first ever clinical trial, the researchers aim to continue its clinical development by testing it in combination with other drugs. In addition, researchers will continue to investigate the mechanism of action, in an effort to prevent the development of resistance to treatment.