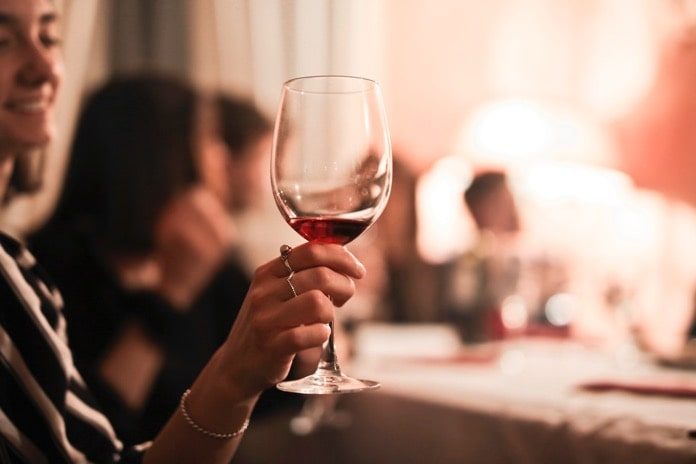 A new study by Australian researchers investigated why middle-aged women increasingly drink alcohol despite the well-known association between alcohol and breast cancer.

According to the International Agency for Research on Cancer, alcohol consumption increases the risk of breast cancer. For every 10g (around one drink) of alcohol an adult woman consumes on a daily basis, there is a 7-10% increase in the risk of breast cancer. Despite mounting evidence supporting the link between alcohol and breast cancer, among other health conditions, the percentage of women who regularly consume alcohol in most developed countries is still high.

A new study by Australian researchers published in PLOS ONE investigates the drinking behavior and the perception of alcohol as a risk factor for breast cancer in middle-aged women. The researchers chose to focus on this age group in particular because it reports the highest level of alcohol consumption and a high incidence of breast cancer (compared with all other age groups).

As part of the study, 35 women from South Australia, aged 45-64 years, that spoke English, and had never been diagnosed with breast cancer were interviewed. The interviews were designed to gather information on three topics:

The results of the study indicated that most women were unaware of the fact that alcohol is a risk factor for breast cancer. However, the majority believed that alcohol was detrimental to health in general and thus saw the association between alcohol and breast cancer as “logical”.

Despite this receptive outlook, some women expressed skepticism towards the association and demanded to know the data and statistics supporting it before considering altering their habits. The association between breast cancer and alcohol seemed to contradict their experience as they knew women who had been diagnosed with breast cancer who drank very little or no alcohol at all.

The researchers noted that the perception that breast cancer happens to many women and that it can be treated in most cases made women underestimate the impact of risk factors (such as alcohol) on breast cancer.

Regarding the views on alcohol consumption, study lead Dr. Emma Miller at Flinders University said in a press release, “Alcohol is firmly entrenched in the fabric of Australian society, providing pleasure and defining the major events in most of our lives. Raising awareness of alcohol-related cancer risk, despite the importance of this, will not be sufficient to counter patterns of consumption.”

Indeed, when asked the reasons why the participants might reduce their alcohol consumption most mentioned being worried about alcohol’s short-term effects such as its impact on memory, weight, mood, and social interactions.

As to their opinion about how society should tackle the issue of increasing alcohol consumption, most participants stressed the role of the individual in choosing to change its own habits and made reference to the success of public campaigns targeted towards reducing smoking and combating skin cancer.

Altogether, the results of this study shed light on the level of awareness of middle-aged women about the established relationship between alcohol and breast cancer and their alcohol drinking behaviors. The researchers write in their article that “understanding the reasons why women drink might lead to the design of more effective public health interventions, which in turn may reduce the consumption of alcohol and reduce the risk of breast cancer in this population.”

It is worth noting, however, that this study has limitations. Its conclusions cannot be generalized beyond middle-aged women living in South Australia. Also, the conclusions of the study should be taken as preliminary since the size of the study group was quite small (35 women) and consisted of women who chose to be part of the study (this creates bias).

However, this study will hopefully achieve its objective of starting a conversation around the consumption of alcohol in our society and how individuals, health organizations, and governments can approach the complex challenge of informing the public about the risks of alcohol and encouraging the decrease of alcohol consumption.

So now that you know about the association between alcohol and breast cancer, have a conversation about it with those around you and ask yourself: how much and why do you drink alcohol?

Current guidelines for colorectal cancer screening not effective for women

Do birth control pills change your chances of getting pancreatic cancer?