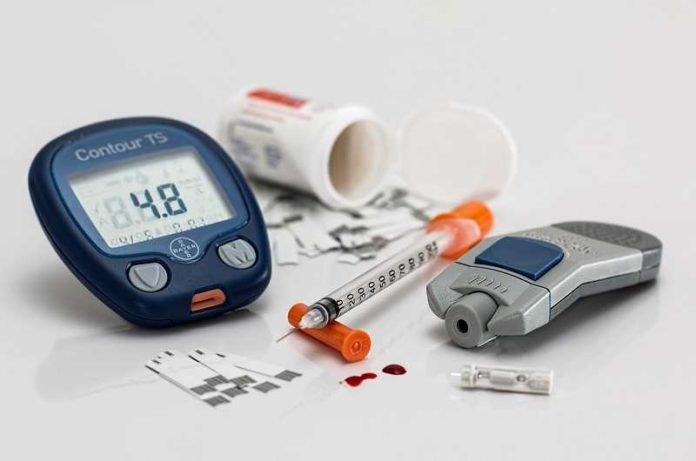 A link has been established between diabetes and the development of certain cancers; measures to detect and prevent the onset of diabetes may very well help reduce the possibility of getting cancer.

Most if not all societies agree that type 2 diabetes mellitus is a major health issue, and its prevention and management are major components of many health initiatives.  A recent study may indicate another benefit from this — to also prevent cancer.

Diabetes is a disease where the body essentially cannot produce the necessary insulin to effectively metabolize the glucose in our blood.  While juvenile (or type 1) diabetes is an inborn condition—patients simply cannot manufacture the insulin on their own—it is the type 2 or adult onset diabetes which is afflicting more and more individuals.  For these patients, the pancreas simply cannot keep up with the amount of sugar in the blood, and just gives up.  This is why obesity is so closely associated with the development of type 2 diabetes.

And while there are numerous health issues (such as those impacting the kidney, eyesight, circulation) in poorly-controlled or managed diabetes, with the increase in the prevalence and incidence of cancer worldwide, researchers hypothesize: is there a link between these two diseases?  To answer this question, researchers from numerous countries including China, Japan, India, Singapore and the United States studied close to 800,000 individuals of East and South Asian descent, noting whether they were suffering from type 2 diabetes or not, and following them up to ascertain if they developed cancer down the road.  Called the Asian Cohort Consortium, this was composed of 19 distinct populations across the region, and after 12 years the data was collected, pooled and analyzed.

What the research showed was that identified diabetics were more prone to develop — and die from — cancer.  Cancers of the liver, colon, breast and thyroid were more prevalent in diabetics; more significantly, diabetes was associated with a 26% increased risk of death from any cancer in Asians.

The correlation between diabetes and cancer has been extensively studied in the Western population, with a reported 21% increase in deaths from cancer.  This large study on the other hand, specifically targets the East Asian and South Asian populations, an acknowledgment that these diseases are health issues that transcend genetic or regional boundaries.  Perhaps more importantly, it is a recognition that in the 21st century, societies are indeed composed of multiple ethnicities and origins; health officials need to create more inclusive policies as populations become more integrated worldwide.

While the study recognizes numerous other factors (smoking, alcohol, etc.) that are also linked to the numerous cancers, the statistical significance cannot be discounted; perhaps the same environmental factors which predispose someone to develop diabetes may also influence the onset of cancer.

For the public, it means that by maintaining a healthier lifestyle, not only can diabetes be prevented, we may also have the added bonus of dodging the cancer bullet.