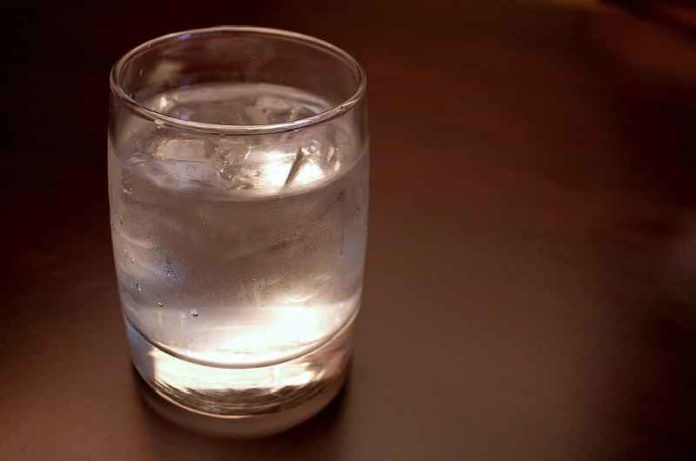 Researchers wondered if overweight and/or obese adolescents, regularly and routinely encouraged to consume eight daily cups of water and eat a healthy diet, would lose weight. Their ground-breaking research showed the small sample of young people did not significantly drop pounds by increasing consumption of this life-giving fluid.

Water is extremely vital to our survival – 60% of our bodies are composed of water. Keeping us hydrated, looking younger, and satiated, it is an essential part of our daily lives. However, the role of water intake on weight loss is still debated. In a new study, researchers examined the link between water consumption and weight loss in adolescents.

The authors’ original investigation probed their hypothesis by utilizing various methods to keep connected with the youngsters participating in the study. The 38 study participants, all of whom completed a six-month regimen, were whittled down from an initial 358 who expressed interest in the clinical trial that began Feb. 2, 2011, and ran through June 26, 2014.

Boston Children’s Hospital, in Boston, Mass., was the site of the study, advertised as a manner in which to lose weight. The Journal of the American Medical Association Pediatrics accepted the trial’s findings and published it online in March 2017.

11 boys and 27 girls, with a mean age of 14.9 years, were between ages 12 and 17 years old. The body-mass index (BMI) for each stood in the 85th percentile or higher; every adolescent stated he or she drank about two cups of water a day at the trial’s onset.

For study purposes, water was defined as plain H2O in bottles or tap water. Participants’ dietary recommendations were based upon the healthy-eating guidelines the United States Department of Agriculture has established.

The youngsters were divided into two groups of 19; one group, called the water group, was encouraged in a variety of manners to increase daily water consumption to eight daily cups, along with dietary and exercise recommendations. The other 19, designated as the non-water, or control group, did not receive counseling to alter daily water intake, but did receive motivational input concerning healthy-eating-and-activity habits.

Each participant received a cookbook and a plate with partitions designating acceptable portion sizes. The water group also received a water pitcher with replaceable filters and a steel water bottle its members could carry throughout the day.

At the study start and at its conclusion three, unannounced sessions designed to measure youngsters’ dietary intake and physical activities were conducted.

Throughout the study, the participants provided their own records about their quotidian food and beverage intake, along with amounts of their water intake.

The good news at study’s end: Youngsters in the water group reported an average increase in H2O consumption from the initial two cups to 4.8, a 140% increase, but not the hoped-for eight daily cups of water. The non-water group, or control group, averaged 3.5 daily cups, up from an initial 2.3 cups, a 52% increase.

More good news: The 38 kids, representing a 100% participation-completion rate, expressed a nearly 80% satisfaction with all the trial’s parameters. The children in the clinical trial represented a range of racial, ethnic, and economic backgrounds.

The bad news: Each youngster’s BMI remained nearly at its initial 85th or higher percentile.

The trial’s authors included their findings regarding its limitations: They concluded a sampling of 6500 adolescents would have been required to establish a positive increased-water-consumption-to-weight-loss correlation. They also concluded that students’ frustrations in finding accessible, clean water sources at school and securing permission even to consume it in class proved problematic.

Youngsters also complained that difficulties finding places to drink water outside school or home presented obstacles, thus a study limitation. Also, the fact that the largely teenaged group was charged with reporting their own daily consumption of food and drink could have skewed results.

Concluding, the authors said additional research would be needed to verify their initial hypothesis that obese/overweight adolescents drinking more water would assist in a weight-loss regimen. Further, enabling easier access to the life-giving fluid during the trial’s course could provide more relevant data.