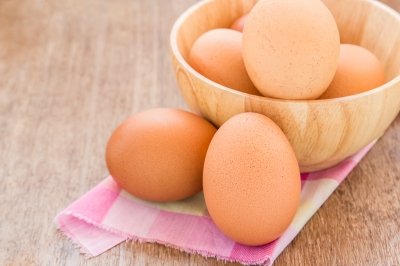 Study reveals why eggs with veggies is a good choice. Carotenoids found in certain vegetables are more readily absorbed into the bloodstream when eaten with eggs.

Carotenoids are the antioxidants present in yellow, orange, and red vegetables. Carotenoids, such as beta-carotene, lycopene, lutein, and zeaxanthin, are thought to be involved in prevention of certain cancers, mainly due to their antioxidant activity.

Based on the knowledge that dietary lipids (fats) can stimulate the absorption of carotenoids, a group of researchers from Purdue University, Indiana, United States, set out to determine whether eating eggs together with vegetables high in carotenoids can actually increase carotenoid absorption.

A group of healthy men ate a salad containing carotenoid-rick vegetables, either with no egg, with 75g of scrambled whole eggs, or with 150g of scrambled whole eggs. A blood sample was taken from each participant every hour, for ten hours after the meal. The blood samples were assessed for levels of carotenoids, including lutein, zeaxanthin, α-carotene, β-carotene, and lycopene.

The study demonstrates that eating eggs is an effective way to increase the absorption of carotenoids into the blood stream.

Image courtesy of rutchapong at FreeDigitalPhotos.net