Home Medicine Aging Why we age Much of the research over the last few decades has been guided by the free radical theory of aging. According to the theory, aging is a result of the destruction of DNA, RNA, proteins, lipids, organelles and other vital structures within each cell caused by free radicals. Under stable conditions, damage caused by free radicals is repaired by antioxidants. Unfortunately, these decline with age increasing the likelihood of escalating destruction. Oxidative stress is a condition that exists when there is a loss of balance between the damage caused by free radicals and the cellular antioxidant self repair. This balance favors oxidation as small, non-toxic amounts of free radicals are required for cellular communication, immune system function and control of the cell life cycle that leads to beneficial cellular adaptation and balance.1

Free radicals are normally produced internally because of the many intrinsic genotoxic chemical by-products of human metabolism such as respiration and digestion. Because of its large surface area and its interface with the external environment, the skin is also damaged by external factors such as pollutants, smoking, changes in humidity and temperature, radiation from sunlight and other environmentally induced agents. Both internal and externally produced free radicals have been shown to trigger the same oxidative stress related proinflammatory pathways.2-4

Our bodies are continuously threatened by a variety of internal and external agents. Prolonged exposure causes antioxidants to be consumed and these need to be replenished. Because the skin ages from both internal and external causes, the damage becomes more pronounced and more obvious especially on the sun exposed areas such as the face. The degree of aging is directly proportional to the degree of oxidative damage caused by free radicals.

The accumulation of free radical damage without the ability to repair, dilute or eliminate it leads to a steady loss of cellular function and a less healthy living organism. The mitochondria which produce energy are particularly subject to oxidative stress because the free radical generating electron transport chain is contained within this organelle. The resultant damage to the mitochondria deprives each cell of the needed energy to work efficiently.  When many of the cells within an organ don’t work as they should the organ function declines.5-6

The accumulating oxidative damage eventually overwhelms cellular self repair and accelerates destruction of tissues. In the skin, destruction of cells and elastic fibers leads to uneven growth, flaking, blotchy discoloration and wrinkling. As more and more cells fall into disrepair an increasing number of cells become permanently impaired leading to thinning and sagging skin. This becomes more apparent as we near the end of life.

Due to the multifactorial nature of aging, multiple ingredients can be strategically employed to build up our anti-oxidant supply. The scientific literature is replete with many minerals, vitamins, anti-oxidants, anti-inflammatories and growth factors that individually confer a beneficial effect. We know that diets rich in fruits and vegetables provide many health benefits. The improvement can be dramatic if a deficiency exists and is corrected.7

However, the scientific study of individual ingredients is limited because it assumes that the function of the cells, tissues and organ systems is limited to themselves. However, there is an increasing body of evidence which confirms the presence of extensive cellular communication with continuous messaging between cells, tissues and organ systems. Thus, it may be that every cell and every organ is connected to all the other organs. Therefore, the ingestion of harmful ingredients such as sugar or smoking can have a negative effect on every cell in the body. Likewise, the ingestion of beneficial ingredients can profoundly improve the function of all the cells. This may prove to be of significance as our knowledge regarding all aspects of aging is ongoing but presently remains far from complete. 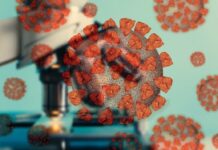 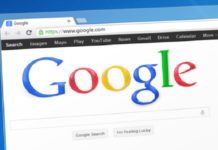 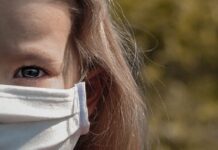