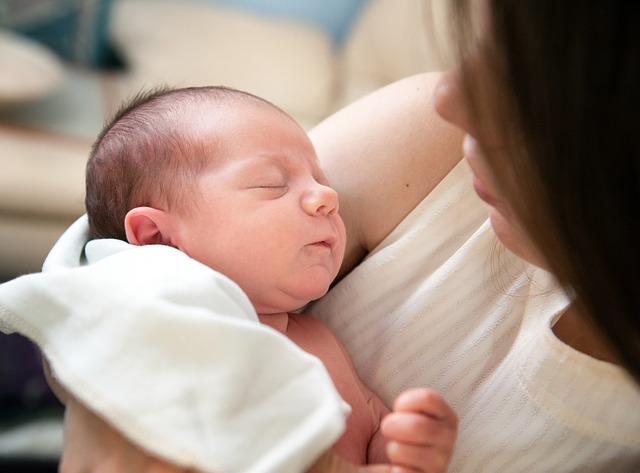 Researchers recently determined the chemical makeup of newborn babies’ head odors to determine its importance in mother and child bonding.

Few interpersonal connections are as close as the bond between a mother and her newborn baby. Research has shown that this bond is triggered by all five senses in the mother and the child. Newborn babies prefer the sound of their mother’s voice. When a mother breastfeeds, she produces oxytocin, a hormone that promotes nurturing of the newborn baby. Smiling babies cause the mother’s brain to release dopamine, a neurotransmitter that plays a role in the action and reward center of the brain. Other studies have shown that the smell of a newborn prompts maternal nurturing.

The sense of smell develops before a baby is born, so the child is familiar with the smell of amniotic fluid and its mother. Likewise, other studies have shown that blindfolded mothers can identify their child from a group of children just by their smell. These studies suggest that amniotic fluid has a smell that is specific to the individual and that can be identified by the baby, mother, and father.

However, little is known about the essential chemical components in odor cues required to establish the mother/child bond. Researchers in Japan recently studied the chemical makeup of newborn babies’ heads to determine its importance in mother and child bonding. Their results were published in the journal Scientific Reports.

To determine why newborn babies smell good, researchers analyzed the chemical make-up of five newborn babies’ head odor. Samples of head odor were collected from each baby using a cap-shaped bandage made from monosilica beads. The bandages were placed on each baby’s head for 20 minutes while the babies were with their mother in a stress-free environment. Baby one and two were sampled within an hour of birth, and babies three through five were sampled two to three days after birth.

The volatile components were analyzed to determine the specific chemical make-up. Researchers found aldehydes, carbonic acids, and hydrocarbons in the odor samples. The odors from the babies’ heads were more clearly identified than those of the amniotic fluid.

The odors taken two to three days after birth were not as strong as those taken within an hour of birth. This is thought to possibly be the means for the baby and parents to be able to identify their kin and promote the parent-child nurturing bond.

Researchers also wanted to determine whether the newborn baby smell was recognizable. Sixty-two students, half male and half female, between the ages of 18-24 from Kobe University smelled one of three samples. The samples were either synthetic versions of amniotic fluid, newborn baby head odor within one hour of birth, or baby head odor within two to three days of birth.

Why do newborn babies smell good? Perhaps for the preservation of the species. The results of this study identified those chemical compounds that make up the odors and demonstrate that they are important to understanding the role of smell in creating the infant/parent bond.

Image by Iuliia Bondarenko from Pixabay