Roller coaster rides, sky-diving, mountain climbing, and horror movies appear to be paradoxically-enjoyable activities for us humans. Researchers have long been interested in explaining the reasoning behind human attraction to fear-inducing activities.

While none of us would like to experience true, uncontrolled free-fall or the danger of supernatural and superhuman threat, many of us appear to enjoy, to a great degree, similar experiences – as long as they are simulated or controlled.

One group of researchers from Finland was interested in finding out why horror movies are scary. They thus set out to discover the underlying neural basis for our fear reactions. To do this, the researchers have created a list of the scariest horror movies and presented 51 participants with one of two movies on the list: The Conjuring 2, or Insidious. Participants’ fear reactions were measured in an fMRI machine, as well as by self-reported measures of fear.

As published in NeuroImage, the researchers made a distinction between two types of fear: acute fear responses, generated after threat onset, and sustained anticipatory fear, which occurs when the threat is not yet present. The researchers annotated scenes of “jump-scares” to represent acute threat, and used self-reports of sustained fear to represent the second type, sustained fear.

The researchers found that during times of sustained fear and slowly increasing anxiety, brain regions related to visual and auditory perception became more active. The researchers explained that this is likely due to an increased need to attend to cues from the environment, so that danger can be more easily discovered.

On the other hand, after a sudden shock or an acute threat, the researchers found an increase in areas of the brain related to emotional processing, threat evaluation, and decision making. The researchers rationalized that this is likely a preparation enabling a more rapid response, as the brain prepares the body for action.

The researchers suggest that by employing fear-inducing stimuli that make our brain anticipate and prepare us for action, horror movies expertly manipulate our neural networks to create a sense of excitement.

Image by Vitabello from Pixabay 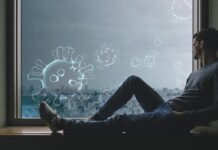 Can personality traits influence self-isolation compliance during the coronavirus? 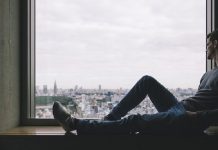 A review of the psychological impact of quarantine