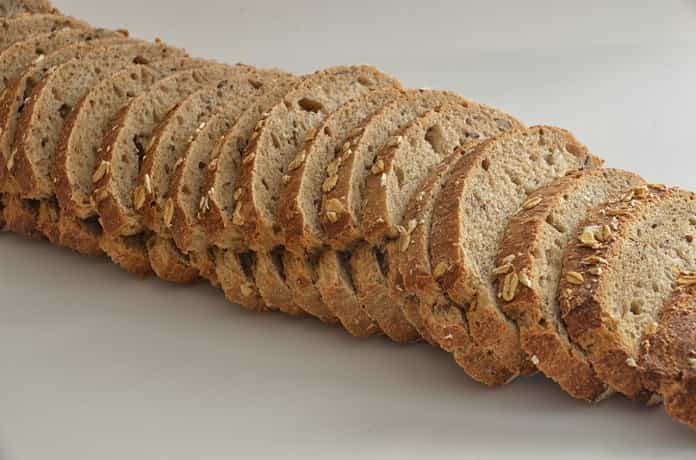 Whole-grain foods are part of a healthy diet. Vuholm and colleagues set out to determine how whole-grain rye and wheat improve gut health and change our microbiomes.

We’ve known for a long time that whole-grain, high-fiber diets lead to better long-term health and quality of life. Some of these benefits may be due to the changes that whole-grain diets cause in gut microbiomes—the bacterial community that lives in our gut. However, the majority of studies have focused on only one kind of whole grain, and it’s possible that different kinds of whole-grain have different effects.

Vuholm and colleagues sought to investigate the effects of different kinds of whole-grain on gut health and microbiomes, looking at multiple indicators of gut health and multiple bacterial species. Their study was recently published in The Journal of Nutrition. The study included 70 research participants, who were randomly assigned to either whole-grain wheat, whole-grain rye or refined wheat diets. Each research participant was given a selection of products and was asked to replace their daily consumption of bread, cereal, and pasta with these products. Participants kept a food diary for the duration of the study. The intervention period lasted six weeks, and the researchers collected stool samples and metabolic data at the beginning and at weeks two, four and six.

None of the groups differed in the amount of physical activity in which they partook. The two groups who ate either whole-grain wheat or whole-grain rye did not differ significantly in the amount of whole-grain they consumed and had similar blood lipid profiles. There were no systematic changes in the gut bacteria within or between groups. However, individuals with a whole-grain diet reported increased flatulence compared to those on a refined diet, as well as reduced bloating and fatigue.

These results show that diets rich in whole-grain rye and wheat improve gut health, independently of their effects on the microbiome. Diets rich in these whole grains are probably linked to decreased incidence of colorectal cancers and other ailments. Larger dietary changes may be necessary to actually alter the microbiome in humans, or it may be that current methods are not sensitive enough to detect important changes.