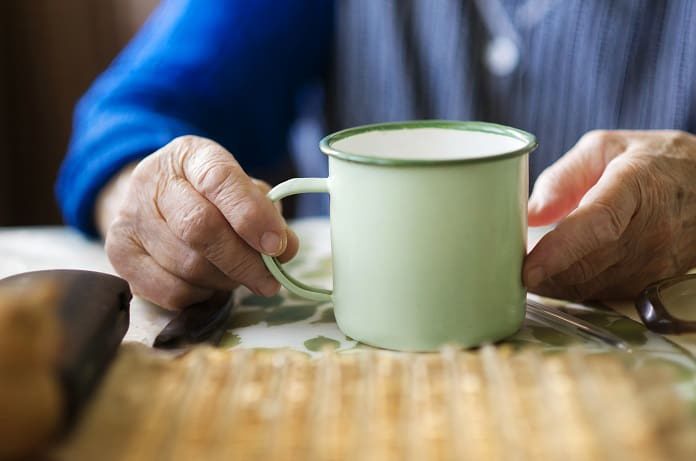 A recent study determines whether the use of whey protein in the management of malnutrition in the elderly has a suppressive effect on subsequent energy intake.

Whey protein is a natural protein supplement derived from milk and is frequently used for maintenance of lean muscle mass and management of malnutrition in the elderly. Malnutrition, both as undernutrition and obesity, is becoming more common in older men and women. This can result in significant loss of mobility and a poor quality of life. Therefore, it is important for the elderly to restore skeletal muscle mass and function with the help of supplements. Consuming whey protein is a convenient and effective way for them to meet their daily protein needs.

However, the effect of whey protein on energy intake and gastrointestinal mechanisms is not well understood in older men and women. Previous studies have shown that administration of oral whey protein loads suppressed subsequent energy intake by 12-17% in young people while having no suppression in healthy older men.

A new study published in the American Journal of Clinical Nutrition investigated the effects of whey protein on malnutrition in the elderly. Specifically, the study looked at whey protein’s effects on energy intake, appetite, gastric emptying, and gut hormones in the elderly. The study included eight men and eight women with an average age of 72 years and an average BMI of 25kg/m2. Each participant was given two oral whey-protein loads of 30 g (120kcal) and 70g (280kcal) and a flavored-water control drink. They were then studied on three occasions separated by three to 14 days. The effects of whey-protein loads were determined on energy intake, gastric emptying, perceptions of appetite, and gastrointestinal hormones [e.g. ghrelin, cholecystokinin, glucose-dependent insulinotropic polypeptide/gastric inhibiting polypeptide (GIP), glucagon-like polypeptide-1 (GLP-1), and peptide tyrosine tyrosine (PYY)].

Participants were given a standardized evening meal on the night before each study day. On the study day, the participants ingested the drink and their total gastric volume, perceptions of appetite and gastrointestinal symptoms were measured before ingesting the drink, immediately after and at 15-minute intervals until 180 minutes. At 180 minutes, each participant was asked to consume a buffet-style meal until they were comfortably full. The amount that was eaten at the buffet meal was calculated by weighing the food before and after consumption and energy intake (kilocalories) was calculated using a software program. Researchers withdrew blood to measure the plasma concentrations of gastrointestinal hormones.

There was found to be a dose-dependent effect of whey-protein load to slow gastric emptying, with no difference in the rate of gastric emptying between men and women. In addition, the protein load caused an increase in the plasma concentrations of insulin, glucagon, ghrelin, cholecystokinin, GIP. GLP-1, and PYY. However, the effects of protein load for hunger, desire to eat, fullness, nausea, and bloating were not significant.

Clearly, the protein drinks did not suppress subsequent food intake in older men and women. As a result, there was a dose-dependent increase in total energy intake (preload drink plus subsequent meal) in both men and women compared with that of the control drink. These results indicate that protein doses sufficient to cause protein muscle deposition can be safely consumed by the elderly without a loss of appetite or a decrease in overall energy intake.

This study has some limitations. The number of participants was very small which may have underpowered the study. The energy intake was assessed only at 3 hours after protein intake and not during the rest of the study day. Older women usually have lower energy requirements than older men but the study design allowed the drinks to be isocaloric for both men and women.