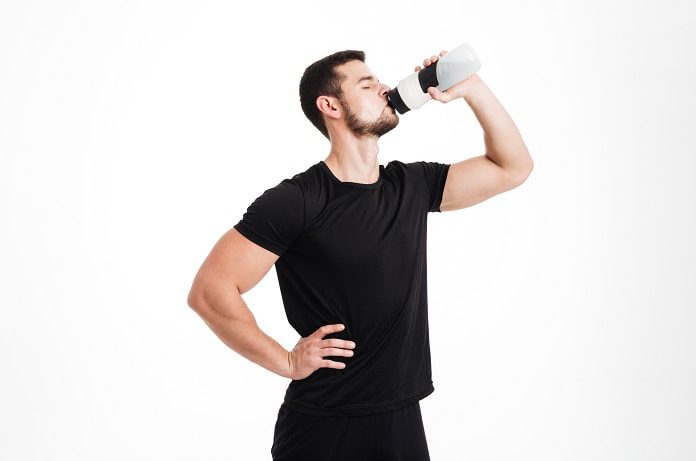 In a recent study, researchers in France determined the effects of a breakfast drink with whey protein on muscle mass in older adults.

Sarcopenia is the age-related loss of skeletal muscle mass and function. There are several ways to combat sarcopenia; among them are to increase protein intake as well as using available essential amino acids (EAA), especially leucine. Previous studies have effectively stimulated muscle protein synthesis in adults through milk protein, whey protein, and leucine supplementation. It’s also been shown that an intake of 25 to 30g of protein at each meal is necessary to effectively increase muscle protein synthesis.

Most people, however, eat only 5 to 10 g of protein at breakfast.Therefore protein consumption at breakfast does not effectively enable muscle protein synthesis. Researchers wanted to know if supplementing breakfast with high protein sources like milk protein, whey protein, and leucine supplements could enhance muscle protein synthesis and therefore enhance muscle mass over an extended period of time.

A French study by Audrey Chanet and colleagues investigated the acute and longer-term effect of a breakfast medical drink that consisted of a detailed combination of whey protein, leucine, and vitamin D. Their results were recently published in the Journal of Nutrition. The study was randomized, placebo-controlled, double-blind trial. The primary outcome was measured by muscle protein functional synthesis rate (FSR).

Long-term effects took into consideration body composition, appendicular and leg lean mass, physical performance, dietary intake, nutritional biomarkers, and metabolic response occurring right after the drink intake. The participants were healthy adult men older than 65 years of age with a BMI between 20 and 30kg/m2. The participants were randomly assigned to receive the whey protein drink, or a flavored water placebo prior to breakfast. The investigators, study staff, and participants were all blinded to the study. Study assessments were taken at week 0 and week 6 after starting the experiment.

In conclusion, the researchers show that supplementing breakfast with a whey protein medical nutrition drink stimulated muscle protein synthesis which resulted in an increased muscle mass after six weeks of being on the supplemented drink. This could prove a beneficial way of intervention in older adults to preserve and support skeletal muscle mass and function.