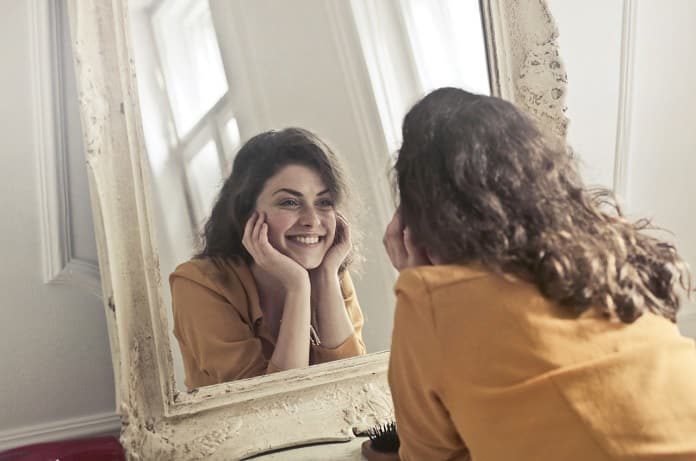 A recent article investigated the effects of visual cues and its relation to skewed perceptions of body size and levels of body positivity or satisfaction.

Many young adults and adolescents suffer from a misperception of body size. People often perceive their own bodies as being smaller than or larger than it actually is and struggle with embracing ideas of body positivity. This is known as body size and shape misperception (BSSM). When obese and overweight youth have classmates, peers, role models, and parents who are overweight they tend to underestimate their own weight. Conversely, there is increased representation of an ideal weight in the media, with females being portrayed as thin and males as muscular and these visual cues end up skewing personal perceptions among youngsters. Many young women perceive themselves as overweight for not being in line with this ideal, while boys underestimate their weight due to these visual cues in the media.

Visual adaptation is a well-known psychological phenomenon in which a subject’s perception is influenced by a stimulus to which they have become adapted.  For example, if a subject becomes adapted to a computer screen that is skewed towards the red end of the spectrum when the spectrum is readjusted to neutral, everything will appear slightly green. Body image researchers have demonstrated that this phenomenon of visual adaptation may apply to body image as well. This means that, as one is adapted to larger, or smaller body sizes it becomes harder to accurately judge one’s own body size.  This is known as the body size adaptation effect.

The Visual Adaptation Effect is Influenced by Levels of Body Positivity

It has been shown that an overexposure to extreme body shapes and wrong perceptions of body shape occurs as a result of the visual adaptation effect. Studies have shown that exposure to thin or fat body images results in average sized bodies appearing to be fatter or thinner respectively. Thus visual adaptation does lead to problems in body positivity and also is a strong causative factor in body size misperception. When studying non-clinical populations it was seen that exposure to rounder bodies increases the likelihood of approving these body types. The current study investigates participants levels of body positivity, time spent on attending to thin or fat body adaptation stimuli and the direction as well as the size of resulting body size adaptation effect. The study was published in the PLoS ONE Journal in January 2018.

Sixty sevenCaucasian participants, all around 20 years old, took part in this study, including 32 males. The participants filled out several psychological questionnaires and were asked to observe photos of people of varying sizes.  The duration and frequency of attention to thin and fat bodies was recorded with an eye tracker. A measure of body satisfaction was also done allowing researchers to investigate personal perceptions of body positivity in the participants.

It was hypothesized that persons who had a body positive self-image would direct lesser frequent and lesser durations of attention thinner bodies. Thus individuals who were less satisfied with their own bodies, and were low on body positivity would direct more attention, more frequently towards thinner bodies. Although generally gender differences are observed as well, wherein women tended to report lower body satisfaction scores than men, in this study this was not seen.

The results of this study support the hypothesis that one’s level of body positivity impacts the amount of attention that is given to smaller or larger bodies. The participants who were less satisfied with their own bodies spent more time looking at pictures of the underweight bodies. Their perception of what was a ‘healthy weight’ was subsequently lower than in participants who were more satisfied with their bodies and spent less time on the pictures of smaller women. Less attention on idealised bodies means less visual adaptation effect and a more accurate view of one’s own body weight. An accurate view of one’s own body weight is an important factor in weight loss or weight gain problems, and in treating eating disorders.

Misperception of body size is the root of the problem in clinical populations combating conditions like body dysmorphia, anorexia nervosa, and bulimia nervosa. The findings of this study have significant implications for tackling such conditions. Individuals who are overweight or obese may underestimate their body size resulting in a lack of motivation to lose the excess weight. Those who overestimate their weights have lower body positivity and end up with negative body affect and eating disorders. The findings indicate that an awareness of the frequency and duration of exposure to idealised thin bodies can help in the treatment of these eating disorders.

An increased perception of normal body types is also important to increase body positivity and to alter the skewed perceptions of body weight in people. An important conclusion is that this is the first study to find that the perception of one’s own body weight affects the level of attention that is spent on idealised bodies and consequently, the level of body adaptation effect. Thus individual differences in body positivity and satisfaction are related to the degree of visual attention given to fat and thin bodies. This, in turn, results in skewed perceptions of one’s own body weight. Such insights can help in a number of fitness and health initiatives.

How effective are mobile apps for child anxiety?

What Prevents People from Seeking Help for Depression?