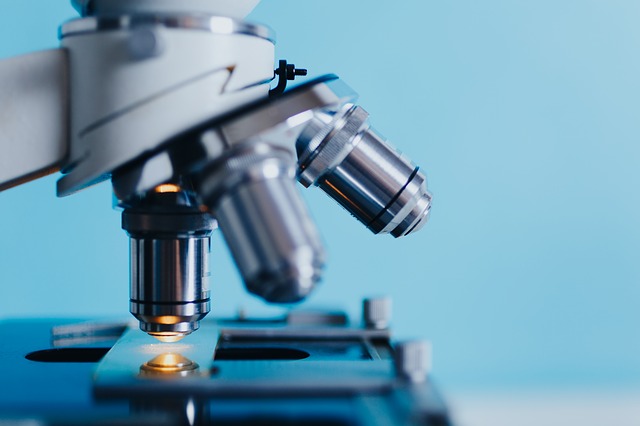 In a recent study, researchers investigate the cause of shifts in cancer cell metabolism.

Cancer is a disease that is characterised by cells that proliferate uncontrollably. To maintain their high rate of cell division, cancer cells need a lot of energy and building materials. In solid tumours, cancer cells often grown in nutrient and oxygen-poor environments. There are large shifts in metabolic pathways that allow cancers to survive in these harsh conditions. Normal cells will break down sugar (glucose) into pyruvate to produce energy through a process known as oxidative phosphorylation. Cancer cells use glycolysis instead, where lactic acid is produced instead of pyruvate. Glycolysis is advantageous for rapidly dividing cancer cells because it uses glucose to produce energy and carbon. Carbon is a critical building block required for constructing new cells. This switch in metabolic pathways is known as the Warburg effect. By understanding this basic biological difference between healthy and cancer cells, researchers hope to find new ways to target and treat cancers.

What causes this change in metabolism?

One of the genes that are frequently mutated in cancer is RAS. Recently, it has also been shown to play a role in the metabolic reprogramming of cancer cells. The proteins that interact with RAS to cause this change in metabolic signaling is not well understood. However, the proteins that are involved in maintaining mitochondrial function are likely to be involved. The mitochondria are the powerhouse of the cell after all and its job is to control metabolism.

What role does Dynamin-related protein 1 play?

In a recent US study published in Cell Reports, researchers wanted to know what role Dynamin-related protein 1 (Drp1) played in the development and progression of pancreatic cancer.  Researchers were specifically interested to know if RAS could control the function of Drp1. This protein is responsible for causing the fragmentation of mitochondria during proliferation. When the mitochondria are fragmented it can cause an increase in glycolysis.

Is Drp1 involved in cancer development?

The scientists generated cells that had RAS mutations that could either produce Drp1 and those that could not. They also included a control cell line that did not have RAS mutations but could produce Drp1. The cells that did not make Drp1 were not able to divide and grow. When they added the protein back into these cells they were capable of dividing again. A similar trend was seen in patient-derived cell lines when they stopped the Drp1 from being made in these cells. This means that when Drp1 is present in cells that have RAS mutation they are capable of becoming cancerous because they can divide rapidly.

The team went on to show that the cells that didn’t have Drp1 weren’t able to produce as much lactic acid. This led the researchers to speculate that Drp1 was involved in glycolytic metabolism. The scientists wanted to know if Drp1 interacted with a protein called hexokinase -2. This was because hexokinase 2 is found on the mitochondrial membrane and when the RAS gene is mutated hexokinase 2 is constantly active. The team found that when Drp1 is deleted from cells that had the RAS mutation, the expression of hexokinase 2 decreased. The researchers speculate the Drp1 is necessary to stabilise hexokinase 2, which is important for glycolysis.

What does Drp1 do in tumours?

The researcher then developed genetically engineered mice that would develop pancreatic cancer. The researchers gave half the mice tamoxifen, a drug that prevents Drp 1 from being made in these mice.  The mice that did not have Drp1 survived for 45 days longer than mice that were not given tamoxifen. The mice that were not supposed to make Drp1 still had tumours, however their cancers progressed at slower rates. When the researchers looked at the tumours in these mice, they found that not all of the Drp1 was prevented from being made even after tamoxifen treatment. The scientists speculated this was because there is a strong selective pressure against Drp1 loss in cancer cells. This means that Drp1 performs a critical function in cancer cells. Cancer cells that have it are more likely to survive and grow, they have a selective advantage.

Drp1 and the mitochondria

The scientists went on to prove that deletions of the Drp 1 protein caused dysfunction in the mitochondria and this affected fatty acid metabolism. They were able to show there was a delay in the movement of fatty acids out of lipid droplets. The researchers went on to grow the cells in different conditions with different sources of nutrients. When they forced the cells to rely on fatty acid oxidation, the cells that could not make Drp1 were not able to grow.

The researchers were able to conclude that Drp 1 plays two main roles in tumour progression. The first is that it is capable of supporting a switch to glycolysis through the maintenance of hexokinase 2. The second is that it is involved in regulating proper mitochondrial function. The researchers concluded that inhibition of Drp1 in cancer cells may have therapeutic potential. The researchers did not test any inhibitors of Drp1 on pancreatic cancer cells. This would need to be done to determine if this is a valid therapeutic approach. However, the work presented here suggests that the inhibition of Drp1 holds promise as a novel cancer treatment.

Dr. Kashatus, the principal investigator for this study, stated in a press release, “Inhibiting [mitochondrial division in patients’ cancer cells] would be a nice future goal for us. However, the drugs targeting this process are really very early in development, and so it’s not something that will really be ready for the clinic anytime soon.”

Image by Konstantin Kolosov from Pixabay