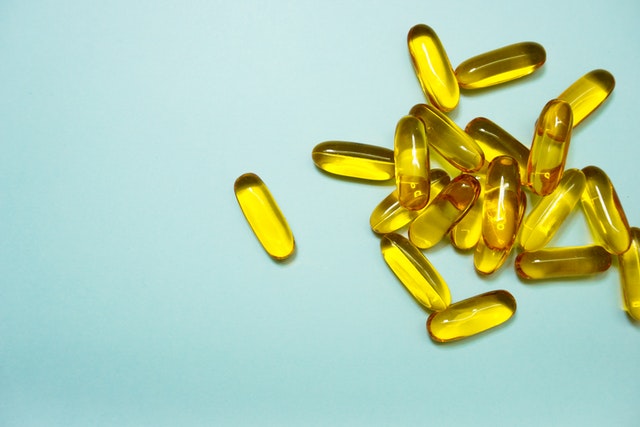 Fish oil supplements come in capsule, pill, or liquid formulations. Fish oil contains essential nutrients, such as omega-3 fatty acids. Omega-3 fatty acids are not produced naturally by the body and must be consumed through food sources, such as fish, flaxseed, walnuts, or canola oil.

This vital nutrient has been shown to improve blood pressure, decrease cholesterol levels, and reduce the risk of heart attack and stroke, and more …

The researchers found that the young men who were taking fish oil supplements had better testicular function than participants with no fish oil supplement intake. Overall testicular function was best in participants who reported an intake of more than 60 days. The research agreed with and supported previous studies that fish oil intake benefitted total sperm count and sperm shape and movement.

Research on fish intake and pregnancy has shown that there are positive effects on pregnancy outcomes that are associated with high fish intake. A group of researchers conducted a study on the relationship between supplementation with n-3 LCPUFAs, through the use of fish oil supplements, and duration of pregnancy, birth weight, and size for gestational age.

As part of the study, pregnant women were randomly assigned to either take fish oil supplements daily during pregnancy or taking olive oil pills daily. Infants delivered from mothers who were taking fish oil supplements during pregnancy had a higher birth weight in comparison to infants delivered from mothers who did not. In addition, infants born to mothers from taking fish oil were larger for gestational age. In the fish oil group, there was also a two-day increase in the duration of pregnancy compared to the olive oil group.

In this study the researchers found that supplementation with n-3 LCPUFAs had positive effects on three different organ systems in children, indicating that n-3 LCPUFAs could have beneficial impacts on development, which should be studied further.

A study analyzed the effects of long chain omega-3 fatty acids on breast cancer growth rates and metastasis to different organs including bone, heart, kidneys, ovaries and contralateral mammary glands in mice. The only difference in their diets was one group was fed plant oils rich in omega-6 polyunsaturated fatty acids while the other group’s diet contained fish oil rich in long-chain omega-3 polyunsaturated fatty acids.

The researchers observed that it took much longer for breast cancer tumor to develop in the mice on the omega-3 diet as compared to mice that were fed omega-6 diet. Furthermore, because of slower breast cancer growth in omega-3 fed mice, the size of the tumor was 50% smaller and the spread of cancer cells to both preferential and other organs was much lower as compared to omega-6 fed mice.

As we age, our muscle mass and function decline progressively and can result in sarcopenia. Sarcopenia is the loss of muscle tissue that occurs as a part of the aging process. It can affect mobility and independence, particularly in the elderly.

The results from recent epidemiological studies in vitro and in animals indicated dietary supplementation with fish oil-derived omega-3 fatty acids stimulated muscle protein synthesis, as well as improving muscle mass and function in inactive older adults. One study showed that healthy older women who regularly exercised and took 2-4g of fish oil supplements per day for three months had improved training-related muscle strength in comparison to women who did not include fish oil supplements to their diet.

These results were supported by another study which showed that after six months of fish oil-derived omega-3 fatty acids supplementation (4 g per day), muscle mass and function was increased in healthy and physically active older adults. On the other hand, a shorter study (12 weeks) and lower supplement dose (1.3g per day) showed no association with an improvement in muscle strength and physical activity of the participants.

A number of large trials investigating this association have been conducted, however, they report conflicting results. As such, researchers in the U.K. published a meta-analysis in JAMA Cardiology investigating the association between omega-3 supplement use and cardiovascular disease and death.

Photo by Leohoho from Pexels