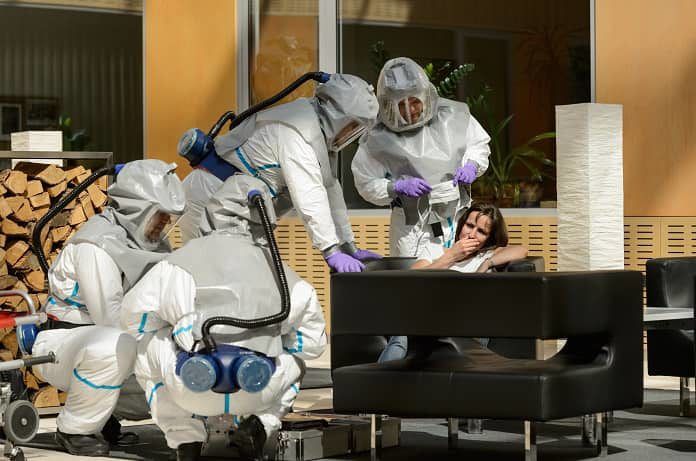 One could argue that human history has been shaped by infectious diseases caused by pathogens. In a recent article published in BMC Biology, researchers answer the questions what are pathogens and what have they done for us?

Micro-organisms are all around us and even live inside us. Amazingly, the human body contains as many bacterial cells as it does human cells. Fortunately, most of the one trillion micro-organisms known to humankind pose no risk. However, a subset of 1,400 micro-organisms called pathogens can cause infectious diseases, which can affect any living organism.

The term pathogen encompasses viruses, bacteria, single-cell eukaryotes such as yeasts, and multi-cell eukaryotes such as parasites. Despite their size, pathogens have the ability to wreak havoc on all living populations. Pathogens have had serious impacts on human history, not only taking lives but causing severe problems to the daily functioning of the remaining members of society.

So, what are pathogens? A recent report from the UK published in BMC Biology looked at various characteristics of pathogenic micro-organisms.

All pathogens contain DNA that helps them to make virulence factors, which are proteins that make them pathogenic. These factors help the pathogen to colonize and take nutrients from the host while evading and suppressing the host’s immune system. Pathogens all rely on their host for survival to varying degrees. For example, facultative pathogens do not need a host to complete their life cycle. In contrast, obligate pathogens cannot complete their life cycle without a host and often become highly adapted to the host. Some pathogens require up to four hosts to complete their lifecycle, others require only one. However, little is known about why the number of host species infected by different pathogens varies so much, or what gives pathogens the ability to jump between different host species.

Methods to Cause Illness

Pathogens use a range of methods to cause illnesses that range from the common cold to death. One method is to cause as much tissue or cell damage as possible, usually by producing toxins. Although bacterial toxins vary in severity, they include some of the most powerful poisons known to humans, such as anthrax. Another method pathogens employ involves triggering a host immune response that kills both infected and uninfected host cells and causes host tissue damage.

Although scientists are continually finding answers to the question “what are pathogens?” there is still a lot that we do not know. There is evidence that some pathogens emerged more than 50,000 years ago, such as the pathogen responsible for malaria. However, scientists have not been able to identify pathogen resistance or susceptibility genes in the human genome. It is also unclear how the pathogens emerging in the last 500 years, such as measles and HIV, came about. Discovering when different pathogens emerged has also quashed the assumption that pathogens that have co-evolved with a host for a longer time cause milder symptoms.

In the last 300 years, advances in modern medicine have allowed us to treat and even eradicate many pathogens so that age-related disorders, and not infectious diseases, are now the leading cause of death in the developed world. Despite this, we must not become nonchalant. Increasing numbers of pathogens are becoming resistant to treatment, and international travel is inadvertently enabling global transmission of pathogens, meaning that pathogen-related illnesses remain a real threat. The question of “what are pathogens?” remains just as relevant if we are to continue managing mortality caused by infectious diseases.