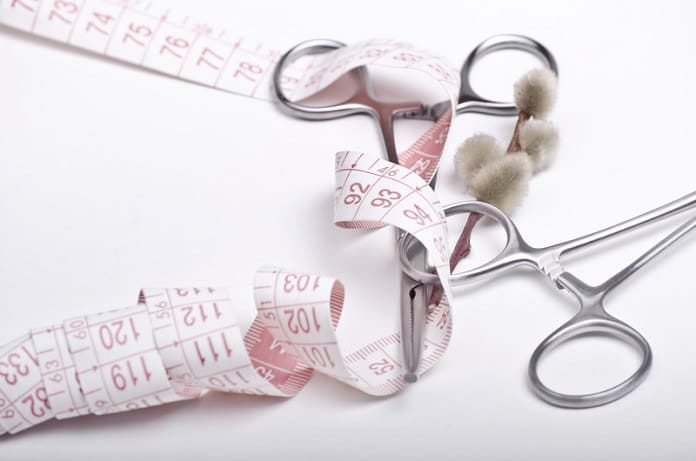 The mechanisms by which weight-loss surgery in obese patients works to improve patient health are not well understood. Hagman and colleagues investigated these mechanisms, and found that improvements in patient health post-surgery are not linked to reduced inflammation.

Over one-third of US adults are obese. Obesity substantially lowers quality of life, reduces mobility, and is linked to heart disease and diabetes, among other conditions. In addition to these problems, obesity is linked to persistent inflammation—a state in which the body’s immune system is actively fighting pathogens or, in autoimmune diseases, itself. This generalized inflammation may be causing some of the health issues linked to obesity, and is thought to result from inflammation in the adipose tissues, or fat cells, specifically.

Bariatric surgeries, which are commonly termed weight-loss surgery, include gastric bypass surgeries that effectively reduce or remove the size of the stomach and physically prevent overeating. These surgeries are highly successful at treating obesity. They result in weight loss as well as changes to the metabolic (hormonal) profiles of patients. A study published in Metabolism Clinical and Experimental by Hagman and colleagues investigates whether a reduction in the inflammation of adipose tissue contributes to improvements in metabolism following bariatric surgeries. The researchers included a sample of 14 patients that had undergone bariatric surgery, and met with them two weeks before the surgery, four to six weeks after the surgery, and six to twelve months after the surgery. At each meeting, the researchers assessed standard body size measurements like height, weight, and waist and hip circumference, estimated the body mass index (BMI), and tested the patients’ tolerance to glucose. The researchers also collected samples from the patients’ adipose tissues to examine them for immune activity, which reflects levels of inflammation.

One month after surgery, patients showed significant weight loss and improved metabolic profiles. Inflammation was generally not reduced from the pre-surgery state, except that patients showed a greater quantity of neutrophil of immune cells than before. One year after surgery, patients’ weight loss and metabolic profiles had continued to improve. General inflammation had increased, and although several hormones linked to inflammation were reduced in the adipose tissues, these tissues showed the presence of an even greater quantity of neutrophils than before.

Hagman and colleagues concluded that bariatric surgeries do not reduce inflammation levels in adipose tissues and that reduced inflammation is not responsible for the improved metabolic profiles of bariatric surgery patients. However, the results from this and other studies are mixed and difficult to interpret. It may be that inflammation cannot be accurately measured until patients stop losing weight and reach a stable weight. In addition, adipose tissues themselves and the fatty acids released during weight loss may incite an inflammatory response, as the immune system attempts to regulate the growth of fat cells.

Written By: C. I. Villamil
Add to Flipboard Magazine.