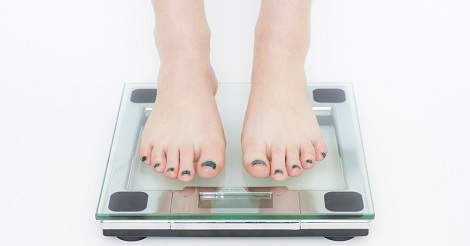 Researchers have narrowed down on the source of weight gain, by looking at the ablation (removal) of NG2-glial cells and the effect on the protein leptin. A new study conducted suggests that the removal of NG2-glia in the hypothalamus results in improper leptin receptor (LepR) neuron functioning, causing leptin resistance and subsequently, the risk of weight gain and obesity.

A new study published in Cell Metabolism addresses the biological impact glial cells on weight gain, and how cranial radiation therapy results in potential weight gain. Glial cells are a part of connective tissue of the nervous system and their main function is to provide chemical and structural support for neurons. The median eminence, one of the brain areas where they are located, is part of the hypothalamus which releases regulatory hormones. Of these hormones, the leptin protein has been previously shown to regulate fat storage, by inhibiting the feeling of hunger and causing the feeling of being full. This process is interrupted by the ablation (surgical removal) of NG2-glia cells. The tests conducted on mice aimed to identify the source of weight gain and provide an explanation for how cranial radiation causes weight gain commonly seen in brain cancer patients.

The first experiment was conducted to find the brain areas involved in leptin sensing and to analyze their proper function. Researchers halted NG2-glia growth through the infusion of the mitotic blocker AraC, which essentially prevents these cells from dividing. AraC infusion led to an increase in food intake and body weight in both male and female mice but it was the female mice that indicated a significant decline in locomotor activity at night. When AraC infusion was targeted to the hypothalamus region, mice experienced the most weight gain and so the study narrowed down the location of focus to the median eminence region.

It was recorded that the infusion of AraC also caused ablation of microglia (glial cells that function as scavengers in the central nervous system). Interestingly, mere microglia ablation did not induce the same effects as NG2-glia ablation. Researchers attempted to determine that it was specifically these cells that induced the effect of weight gain. To attribute the effects to NG2-glia exclusively, a test was conducted which targeted the ablation of microglia. PLX3397, an inhibitor of the CSF1R receptor in microglia was targeted to the mice brain, which resulted in no effect on body weight but significant ablation of microglia. It was then concluded that the weight gain phenotype is exclusively a result of NG2-glia ablation.

Genetic ablation of NG2-glia was carried out using Tamoxifen, which targets the gene ESCO2, in order to successfully confirm that it is the NG2-glia is responsible for weight maintenance. ESCO2 gene is necessary for cell division and caused the genetically targeted mice to undergo weight gain (due to missing NG2-glia) and the untreated (control) mice did not. When comparing the two methods (AraC infusion vs. Tamoxifen), genetic targeting (through Tamoxifen) displayed a smaller increase in weight gain than chemical targeting (AraC infusion). This was a result of the fact that NG2-glia cell replacement occurred faster from the genetic method, rather than the chemical method.

It was then determined that NG2-glia ablation results in an increased resistance to leptin (the hunger-inhibiting protein). AraC treatment was used to determine if NG2-glia had any impact on leptin receptor (LepR) neurons, but it was concluded that haulting NG2-glia did not affect the neurons directly; rather, it resulted in lepR neurons losing sensitivity and responsiveness to leptin. Mice genetically lacking leptin/leptin receptors were compared to AraC-infused mice. The comparison provided evidence that loss of NG2-glia causes an energy imbalance, asserting that weight gain is directly related to the activity of the NG2-glia in the median eminence.

Staining allowed researchers to determine that NG2-glia caused destruction of LepR processes. The study was able to prove that NG2-glial inhibition results in degeneration of the LepR processes and that X-irradiation (commonly used in cranial therapy for brain cancer) aimed at the median eminence induced weight gain. This provided an explanation for the risk of obesity that is part and parcel of cranial radiation therapy.

While this study may be narrow in focus, it unveils multiple possibilities in terms of broader scientific discovery. The information produced from the experiments can potentially contribute towards preparing new and improved forms of cancer therapy with fewer side effects. These experiments also help to better understand how leptin influences weight gain and can also provide new potential therapies in order to overcome excessive weight gain and obesity.