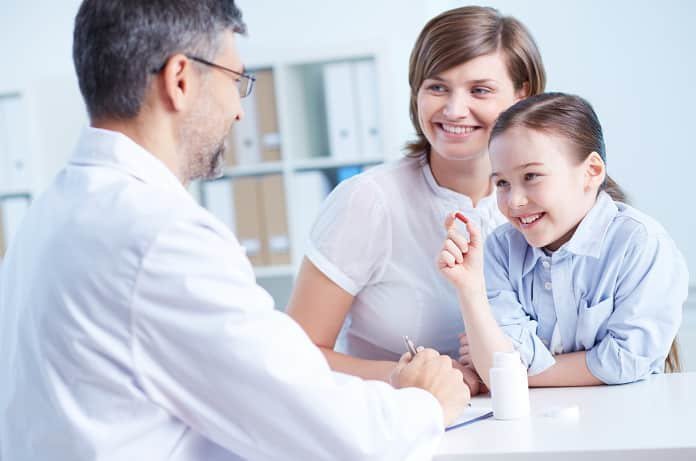 A new Chinese study determines whether vitamin A supplements for children with autism spectrum disorders can help alleviate autism symptoms.

Autism spectrum disorders are characterized by difficulties in social communication, repetitive motions of arms, fingers, or head, unusually intense and prolonged emotional interactions, and developmental delays. A number of studies indicate altered gut microbiota in children with autism spectrum disorders.1-4 Retinoic acid, a metabolite formed from dietary vitamin A, is important for intestinal immunity and the integrity of the mucosal epithelium.5,6 The gut microbiome is known to be altered by a deficiency of vitamin A.7,8 A number of studies have also reported a deficiency of vitamin A in children with autism spectrum disorders9 and vitamin A levels were found to be negatively correlated with autism scores.10 A new study attempted to delineate the link between vitamin A supplements for children, changes in the gut microbiota, and autism. The results of the study were published recently in BMC Microbiology.11

The study included 64 children with autism spectrum disorders between one and eight years of age in the Chongqing province of China. The children were evaluated for autism using a modified version of the Autism Behavior Checklist (ABC), the Childhood Autism Rating Scale (CARS), and the Social Responsiveness Scale (SRS) before and after six months of vitamin A supplementation. Additionally, the levels of retinoic acid in their plasma were determined before and after supplementation. Also evaluated were the mRNA levels of two genes that are biomarkers of autism, CD38 and RORA (retinoic acid receptor-related orphan receptor alpha), using the real-time PCR technique after extracting the RNA from the white blood cells in the plasma. The expression of both genes is reduced in autism spectrum disorders. Stool samples were collected from 20 of the 64 children before and after vitamin A supplementation for the analysis of gut microbiota. The children received a single vitamin A dose of 200,000 IU orally.

One thing that is very clear is the immediate need for increased vitamin A supplements for children with autism in China. While vitamin A supplements could be linked to changes in gut microbiota profiles and autism linked biomarkers, there were no changes in the symptoms of autism. While this study did find that vitamin A levels play a role in autism, the nature of the role is still unclear. This underlines the need for future placebo-controlled studies to understand the role of vitamin A and the gut microbiome in the development of autism.