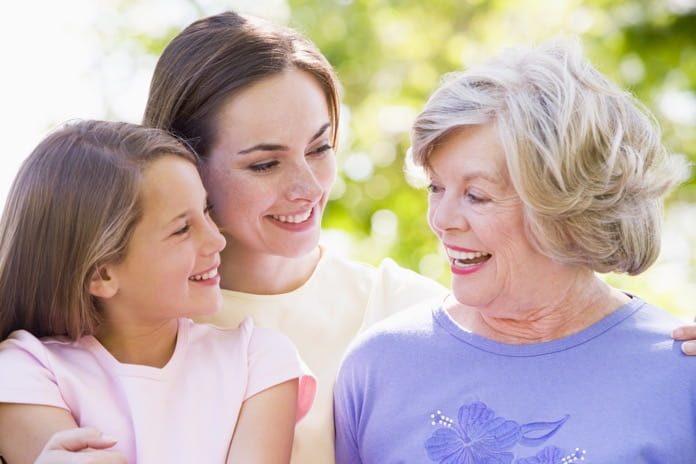 A new study investigated the beneficial effects of choline, an important nutrient, in the prevention and treatment of Alzheimer’s disease across two generations.

Alzheimer’s disease is one of the least understood chronic neurodegenerative diseases affecting over 30 million people worldwide. It most commonly affects people over the age of 65 years. Usually, the disease starts slowly and worsens over time. Described by, and named after the German psychiatrist Alois Alzheimer, this disease claims more than 2 million lives every year.

The most common early symptom of Alzheimer’s disease is short-term memory loss. As the disease advances, the patient gets problems with language, orientation, self-care, and behavior. They also have mood swings, loss of motivation, and withdraw from family and society. Eventually, bodily functions decline, leading to death.

At present, there are no supplements or medications that reduce the risk of this disease and no effective treatment is available to treat or manage Alzheimer’s disease.

Scientists are still trying to understand the exact cause of Alzheimer’s disease. It is believed that there are many genes involved in this disease and about 70% of the risk is genetic. A history of head injuries, depression, or hypertension are some other risk factors associated with the risk of Alzheimer’s.

Although still poorly understood, some cases of Alzheimer’s disease can be due to mutations in one of the three genes: the amyloid precursor protein(APP) and presenilins 1 and 2. These mutations increase the production of a small protein called Aβ42, which is the main component of the amyloid plaques seen in the grey matter of the brain of  Alzheimer’s disease patients. The amyloid plaques are chains of proteins that tend to aggregate and are believed to be neurotoxic.

Various inflammatory processes also play a role in the pathology of Alzheimer’s disease. Obesity and inflammation have also been found to interfere with immunological processes that promote disease progression.

Some studies have shown an association between diet and the risk of Alzheimer’s disease. For instance, people who consume Mediterranean diet have a reduced risk while those who eat diets rich in saturated fats and simple carbohydrates have a higher risk.

Although there is limited evidence, some studies show that moderate use of caffeine and foods high in flavonoids such as cocoa, red wine and tea may reduce the risk of Alzheimer’s. The use of certain vitamins and minerals such as vitamin A, C and E and folic acid has shown to be beneficial in slowing cognitive decline.

The relationship between choline and Alzheimer’s disease

Choline is an essential nutrient that is important for good health. In addition to food sources such as liver, eggs, and peanuts that are rich in choline, supplements can be taken to provide a high concentration of choline. Many studies have shown the neuroprotective effects of choline.

A new study recently published in the Nature journal Molecular Psychiatry, investigated the benefits of maternal choline supplements in reducing the progression of Alzheimer’s disease across two generations.  The researchers at the Biodesign Institute at Arizona State University, USA, conducted the study on mice that were bred to have symptoms of Alzheimer’s disease.

The researchers tested the cognitive function of the study mice using a water maze test. They found that choline supplements reduced the Aβ42 protein leading to improved cognition in generation-1 and -2 mice.

The researchers also examined tissue from hippocampus, the region of the brain responsible for memory formation, of the mice. The analysis revealed that choline supplementation significantly changed the gene expression of 27 genes that were responsible for inflammation and death of neurons.

The researchers concluded that the improvements in spatial memory tasks observed for choline supplemented mice were a result of a combination of modified genes associated with microglial activation and inflammation of the brain and reduced levels of homocysteine.

Since maternal choline supplementation induced modifications at the genetic level, the benefits were carried over to the offspring. These results suggest that choline supplementation benefits may extend beyond the mice receiving choline and additional choline intake by the mother during gestation and lactation may help reduce the Alzheimer’s disease pathology across multiple generations. Due to the inherited modifications in their genes, the second generation of mice received the benefits of choline supplements even though they did not receive direct choline treatment.

Choline protects the brain by acting on homocysteine

Homocysteine is an amino acid that is typically present in small amounts in all cells of the body. If present in high concentrations, homocysteine is neurotoxic and can double the risk of developing Alzheimer’s disease.

Usually, the body converts homocysteine into other compounds that are not harmful. Choline protects the brain by converting homocysteine into a helpful chemical called methionine. In addition, choline reduces the activation of brain microglial cells that clear debris. Studies have shown that over-activation of these cells can lead to brain inflammation and death of neurons. The reduction in the activation of these scavenger cells by choline, therefore, protects from the damaging effects of Alzheimer’s.

This study is the first of its kind to establish that the beneficial effects of a nutrient supplement can be transmitted across successive generations. The study also highlights the mechanism by which choline supplementation acts as a nongenetic influence on gene expression that causes memory loss in Alzheimer’s disease. The results of this study conclude that a reduction in Alzheimer’s disease pathology is associated with a decrease in homocysteine levels in the brain. These findings can be of great significance for people who are vulnerable to Alzheimer’s disease.

Taking into account all the evidence available so far, choline intake during pregnancy and throughout one’s life is an important determinant of brain development, cognitive performance and it also protects against the damaging effects of Alzheimer’s disease across generations.

Can Social Activities Stave off Cognitive Impairment Related to Alzheimer’s?