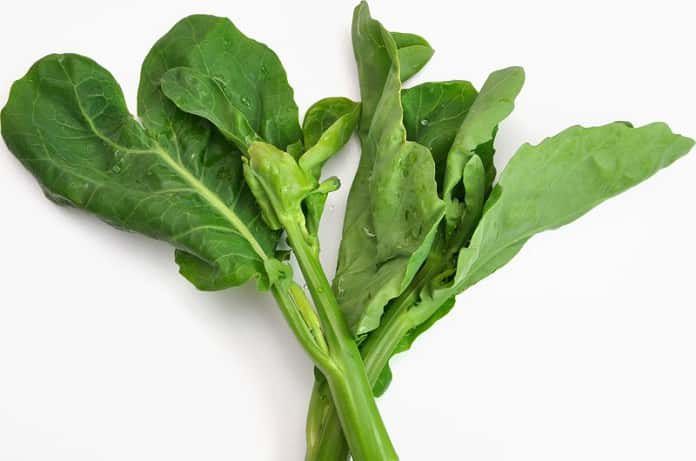 Vitamin K is commonly found in leafy green vegetables and plays a large role in blood clotting. Recent studies suggest that it may also have a critical role in bone health, and that its supplementation may be a potential therapy for osteoporosis.

Vitamin K (VK) is well known for its essential role in blood clotting, but now scientists are finding evidence to suggest that it has an additional role in bone health. Studies suggest that the nutrient may play an integral role in increasing bone strength and reducing risk of fracture. Due to an inadequate number of studies, conflicting findings and limitations in study method, VK supplementation is not yet clinically recommended as a treatment for post-menopausal bone loss. Palermo and colleagues sought to determine VK’s effects on bone health via a systematic review of previous studies. Their findings are published in Metabolism.

The human body produces vitamin K in the intestines, but not at a sufficient rate to maintain healthy levels. The majority of VK is obtained through diet, from leafy green vegetables and plant oils. Bodily deposits are quite small and are easily depleted without regular intake. Determining VK’s status within the body can be confusing, as researchers are undecided on whether plasma levels or activity levels are best to estimate its status. How to best measure these parameters is also up for debate, further complicating studies that attempt to determine VK’s role in bone health.

VK acts as a cofactor of an enzyme that carboxylates proteins in the bone forming pathway. Carboxylation promotes bone mineralization, whereas decarboxylation limits calcium and hydroxyapatite binding, which makes up a large percentage of healthy human bone. VK may also have a transcriptional regulatory role in promoting bone formation and suppressing bone resorption.

Generally, VK seems to be associated with increased bone formation and bone mass density, and negatively correlated with bone deterioration and risk of fracture. However, most studies that assess the role of VK have several limitations. These include small sample sizes, lack of differentiation between pre- and post-menopausal women, low geographical variability, potentially inaccurate self-reporting and unclear estimations of VK status. More comprehensive studies with fewer limitations, and taking into account VK’s interplay with other dietary nutrients will offer greater clarity as to its role in bone health.