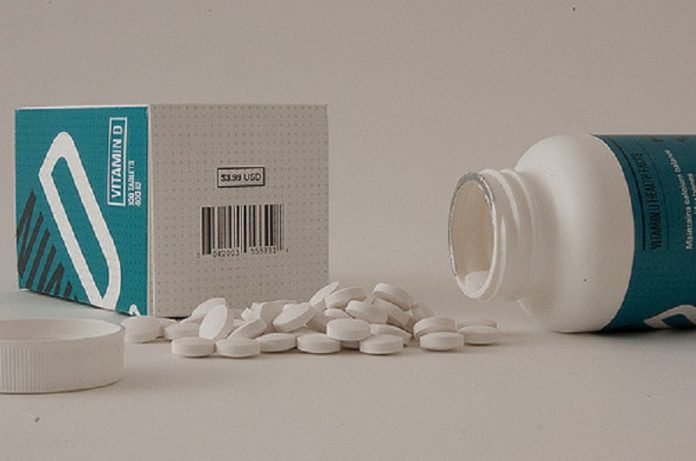 A recent study examines the proposed link between vitamin D and the risk of colorectal adenomas recurring in patients after treatment. Evidence suggests that the benefits of vitamin D3 supplements in reducing risks of recurrent colorectal adenomas vary depending on the individual’s vitamin D receptor (VDR) genotype.

Vitamin D and calcium supplements are considered vital to bone health, but recent data has shifted attention to their potential preventative benefits for colorectal cancer. Genetic differences driving each individual’s metabolism of vitamin D present the possibility that only particular types of supplements may be helpful to people with the appropriate “vitamin D pathway genes”. Researchers investigated the possibility that the vitamin D receptor (VDR) and vitamin D3 may impact the risk of colorectal adenomas’ (benign tumour) recurrence. Identifying which subgroups may benefit from vitamin D supplementation could assist clinicians in prescribing targeted preventative measures to reduce recidivism and improve public health prevention campaigns for colorectal cancer.

A new study in the Journal of the American Medical Association Oncology (2016) highlights the genotyping of 41 candidate single-nucleotide polymorphisms (SNPs) in 2259 participants from a double-blind, randomized trial with placebo-controls conducted at 11 clinics across the United States. The treatment phase of the study consisted of daily vitamin D3 (1000 IU) and/or calcium carbonate (1200 mg) supplements for three to five years, ending August 31, 2013. Data analysis took place between July 28, 2014, and October 19, 2016, wherein researchers determined the risk ratios and supplement interactions for mostly self-identified non-Hispanic white patients between 45-75 years of age with a non-familial prior history of adenomas.

Results indicated that the study population (as a whole) was not significantly affected by vitamin D supplementation. However, further analysis found that varying effects of daily vitamin D3 supplements (1000 IU) depended on genotype at 2 SNPs located at the 3’ end of the VDR gene: rs7968585 and rs731236. The study shows an increased risk of 41% for new advanced colorectal adenomas in participants with the G allele who were given vitamin D3 supplements and a 64% risk reduction in individuals with the AA genotype.

The diverse range of findings alludes to the significance of polymorphisms in the VDR gene as any effect of (or biological response to) vitamin D3 supplementation on colorectal adenoma risk may depend on VDR genotype. However, lack of diversity in the research participant population limits this study in identifying generalizable data, as genotype frequencies (and, therefore, effects of supplementation) tend to vary by ethnicity.

Further research is required to build upon the initial identification of differences in the vitamin D receptor (VDR) gene that potentially influence how an individual may react to vitamin D3 supplementation interventions. Based on the results of this study, researchers hope to improve their understanding of these VDR polymorphisms and genetic variations in order to yield maximum health benefits. By understanding how and why specific subgroups react to treatments differently, clinicians can create targeted treatment plans and apply effective preventative measures for their patients.