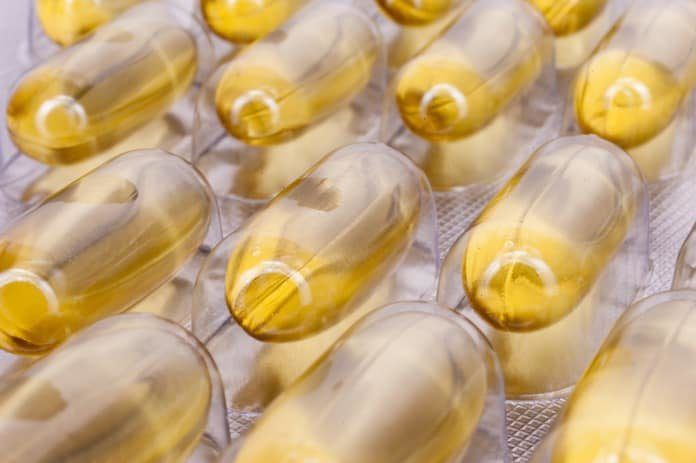 A review study analyzed the potential role of Vitamin D supplementation in improving symptoms and quality of life for patients with irritable bowel syndrome.

The role of Vitamin D in improving musculoskeletal conditions has long been established, as this micronutrient is essential for the proper absorption of calcium and phosphate, and the secretion of parathyroid hormone. Once in the body, Vitamin D is converted into its main form, 25-hydroxyvitamin D, and its concentration in the blood is used to assess a person’s Vitamin D status. It is accepted that adequate serum levels of 25-hydroxyvitamin D must exceed 20ng/mL. More recently, Vitamin D benefits have also been associated with gastrointestinal disorders, such as colorectal cancer and irritable bowel syndrome.

Irritable bowel syndrome (IBS) is one of the most common functional bowel disorders, with a significant healthcare cost. However, despite its prevalence in the population, the pathogenesis of the disease is still not well known and its categorization is primarily based on symptoms, which include bloating, abdominal pain, diarrhea, and/or constipation. Other common features of this syndrome are irregular stool habits, the urgency of evacuation, and the passing of mucus from the rectum.

A British study published in January 2018 in the European Journal of Clinical Nutrition reviewed the existing literature on the effects of Vitamin D supplementation in irritable bowel syndrome patients and found an overall association between low levels of Vitamin D and the severity of symptoms in these patients. Seven studies were selected by researchers, of which four were observational studies and three were randomized control trials.

In a British case study, a high-dose supplementation of Vitamin D (50 – 75 μg/day) during one year significantly improved the symptoms of an IBS patient. Another study analyzed irritable bowel syndrome patients from a Saudi Arabian gastroenterology clinic and found that their Vitamin D serum levels were, on average, 21 nmol/L, significantly lower than the 31 nmol/L mean concentration observed in the control group. Another Saudi Arabian study assessed patients with both IBS and Crohn’s disease, reporting a Vitamin D deficiency in 67% of patients with these two conditions. Finally, a North-American study conducted with children and adolescents diagnosed with irritable bowel syndrome concluded that only 7% of them had adequate Vitamin D levels, in comparison with 25% of the control group.

An Iranian study with irritable bowel syndrome patients found a significant improvement of IBS symptoms and quality of life after these patients were subjected to a very high dose of Vitamin D3 (1250 μg every two weeks for six months) compared to the placebo group. Another Iranian study investigated the effects of Vitamin D and soy isoflavones (a phytoestrogen) supplementation in women with IBS. The results showed significant improvements in IBS symptom severity score and quality of life for the women who received Vitamin D and/or isoflavones. Finally, a British study analyzed the effects of a Vitamin D supplement and a combination of Vitamin D plus probiotics in patients with IBS, compared with a placebo group. In this case, no significant difference was seen. Although the dosages of Vitamin D varied between the three studies, and the optimal dosing strategy is unknown, research suggests that both larger, less frequent doses and smaller daily preparations have the same efficacy in repletion of Vitamin D.

Most studies published on the topic suggest that Vitamin D serum levels are usually low in IBS patients and that a supplement can improve IBS symptoms and their quality of life. However, studies on Vitamin D and irritable bowel syndrome are scarce and not large and comprehensive enough to draw any definite conclusions. Also, the results published so far cannot be generalized, as they were based on specific, homogeneous groups, and further studies must be conducted. The authors recommend that a Vitamin D status assessment should be conducted alongside with an irritable bowel syndrome diagnosis.

Reference: Williams C E, Williams E A, Corfe B M. Vitamin D status in irritable bowel syndrome and the impact of supplementation on symptoms: what do we know and what do we need to know?. European Journal of Clinical Nutrition 2018; 1-6.