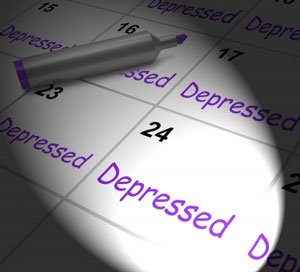 Vitamin D and depression may be linked according to a new study conducted at the School of Psychological Science, Oregon State University, United States. The study included young, healthy women, and found that those with low vitamin D levels were more likely to have clinically significant depressive symptoms.

There is some evidence to suggest a link between vitamin D and mental health. However, there have been few studies investigating this association. Most of the published studies have included only participants who have underlying medical conditions, or who are elderly.

The current study aimed to determine whether there is an association in a young, healthy population. The study included 185 female students between the ages of 18 and 25 years, from a university in the northwestern United States. To account for a potential seasonal variation in vitamin D levels, the researchers also took into account seasonal changes in the study analysis.

The researchers found that 34-42% of participants reported depressive symptoms, with a rate of vitamin D insufficiency of 31%, and vitamin D deficiency at 15%. The study found an association between low vitamin D levels (deficiency and insufficiency) and clinically relevant symptoms of depression. The outcomes remained unchanged when controlling for other factors such as: season, BMI, ethnicity, diet, exercise, and time spent outdoors. While the study did find an association between low vitamin D and depressive symptoms, the authors state that this does not prove that low vitamin D levels cause depression. In order to prove a causal effect studies would need to show that supplementing with vitamin D can treat or prevent depression.

There are currently three registered clinical trials that aim to evaluate whether vitamin D supplementation can be used to treat various forms of depression.

A study being conducted by the START Clinic for Mood and Anxiety Disorders, in collaboration with the Canadian College of Naturopathic Medicine, is currently recruiting participants to determine whether supplementing with vitamin D will be beneficial for patients who are not responding to anti-depressant medication. During the course of the study participants will continue on their scheduled anti-depressant medication, however, they will also receive a vitamin D supplement for a duration of 8 weeks. The severity of depression will be monitored in order to determine whether vitamin D has an anti-depressive effect in these patients.

Vitamin D supplementation will be investigated in patients with bipolar disorder by the University of Massachusetts school of Medicine, Worcester, Massachusetts, United States. The study will include participants between 18 and 75 years of age who have been diagnosed with bipolar disorder and are vitamin D insufficient. Participants will receive a vitamin D supplement (vitamin D3, Cholecalciferol, 5000IU), daily, for 12 weeks. Participants’ depression will then be evaluated using the Montgomery-Åsberg depression rating scale.

A study to take place at Mount Sinai Roosevelt Hospital, New York, United States, aims to determine whether vitamin D deficiency plays a role in depressive symptoms associated with antepartum and postpartum depression. In addition, the study will assess whether supplementing with vitamin D can reduce the symptoms of depression in pregnant women. Women who are pregnant and found to be vitamin D deficient or insufficient will be recruited for the study. Antepartum and postpartum depressive symptoms will be assessed using the Edinburgh Postnatal Depression Scale (EPDS) questionnaire.