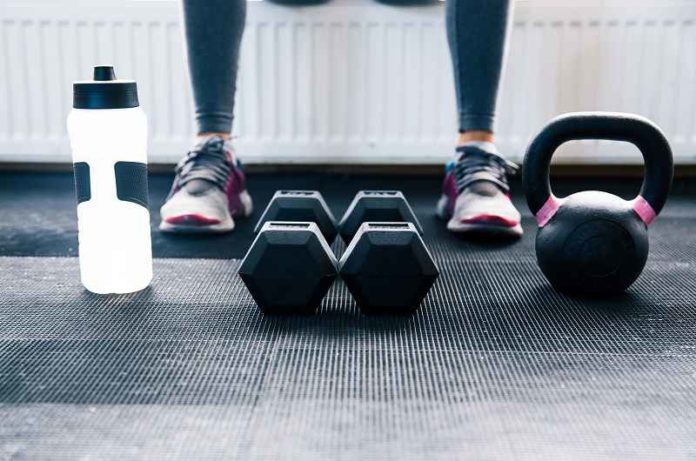 A 2016 study examined the effects of consuming Vitamin C-rich gelatin and exercise on the production of collagen in model human ligaments. The study found that Vitamin C and gelatin consumption before exercise increase collagen production in a gelatin dose-dependent manner.

The ability of muscles, tendons, ligaments, and bones to facilitate movement and withstand its physical stresses is largely dependent upon the collagen-rich extracellular matrix which surrounds and connects them. Mild exercise has been shown to increase collagen production. Moreover, the consumption of Vitamin C, which is crucial to collagen production, and certain amino acids prevalent in collagen, such as those found in the collagen-derived food product gelatin, have been shown to increase the strength and function of tendons and laboratory-made tendon models. Damage to the extracellular matrix is common with muscle, tendon, ligament, and bone injuries, and as such, promoting collagen production in these tissues may improve treatment of such injuries and reduce healing time.

A 2016 Australian study published in the American Journal of Clinical Nutrition investigated whether Vitamin C and gelatin consumption before exercise increase collagen production. Eight physically active men, at an average age of 27 and an average weight of 79.6kg, were recruited for the study. Blood samples were taken after an overnight fast. Subjects then consumed a beverage containing 48mg of Vitamin C and either 0, 5, or 15 g of gelatin; participants were not aware which beverage they were assigned. Afterward, two more blood samples were collected after 30 minutes and after 1 hour. The subjects then jumped rope for 6 minutes and rested for 4 hours, during which 4 blood samples were drawn. The subjects were then instructed to jump rope at home for 6 minutes, 3 times per day at 6-hour intervals for 3 days, consuming their assigned beverage 1 hour before each rope-jumping session. Subjects returned to the laboratory for further blood sample collection before each day’s rope-jumping session.

Concentrations of amino acids – molecules of which proteins such as collagen are composed – and the collagen precursor procollagen type 1 were identified and quantified from the blood samples. Model ligaments were grown from the anterior cruciate ligament cells of a healthy donor. For each subject, model ligaments were treated for 6 days in culturing media either containing serum from pre- or 1 hour post-beverage consumption blood samples – 6 models for each treatment. To determine the strength of the models, the length and cross-sectional area (thickness) of each was measured, and then each model was stress-tested by stretching at a rate of 0.4mm/s until collapse. After strength testing, models were dried, weighed, and broken down to determine the amount of hydroxyproline, an amino acid indicative of collagen and important in determining its stability.

In the blood samples, concentrations of glycine, proline, hydroxyproline, and hydroxylysine – amino acids typically abundant in collagen – peaked at 1 hour post-beverage consumption. For those subjects who consumed beverages with or without 15g of gelatin, glycine and proline concentrations were 376 and 162 μmol/L higher, respectively, than before beverage consumption. Lesser, though still significant results were observed for hydroxyproline and hydroxylysine with both 5 and 15g of gelatin, with greater effects seen at 15g. Concentrations of amino acids typically found in moderate amounts in collagen, such as lysine and leucine, peaked at 30 minutes. The amount of collagen within the models increased significantly above pre-consumption levels with 15g of gelatin. Similarly, the proportion of collagen, determined by dry weight, increased significantly with 5g and 15g gelatin. Though no changes in cross-sectional area were observed between models receiving pre- and post-beverage consumption blood samples, strength increased, suggesting the density of the models increased with greater doses of gelatin. The average pre-beverage procollagen 1 concentration between groups was 27.9 ng/mL. Concentrations increased by 53.9% for the 0mg gelatin group, 59.2% for the 5mg group, and 153% for the 15mg group at 4 hours. This effect persisted at 72 hours for the 15mg group.

The results of this study suggest Vitamin C and gelatin consumption before exercise increase collagen production in a dose-dependent manner. Future research would benefit from larger sample sizes. Further, more information on the independent effects of mild exercise regimens, the consumption of various doses Vitamin C, and the consumption of proteins similar in composition to collagen in both healthy and injured subjects could lead to the development of more effective treatment plans for musculoskeletal injuries.